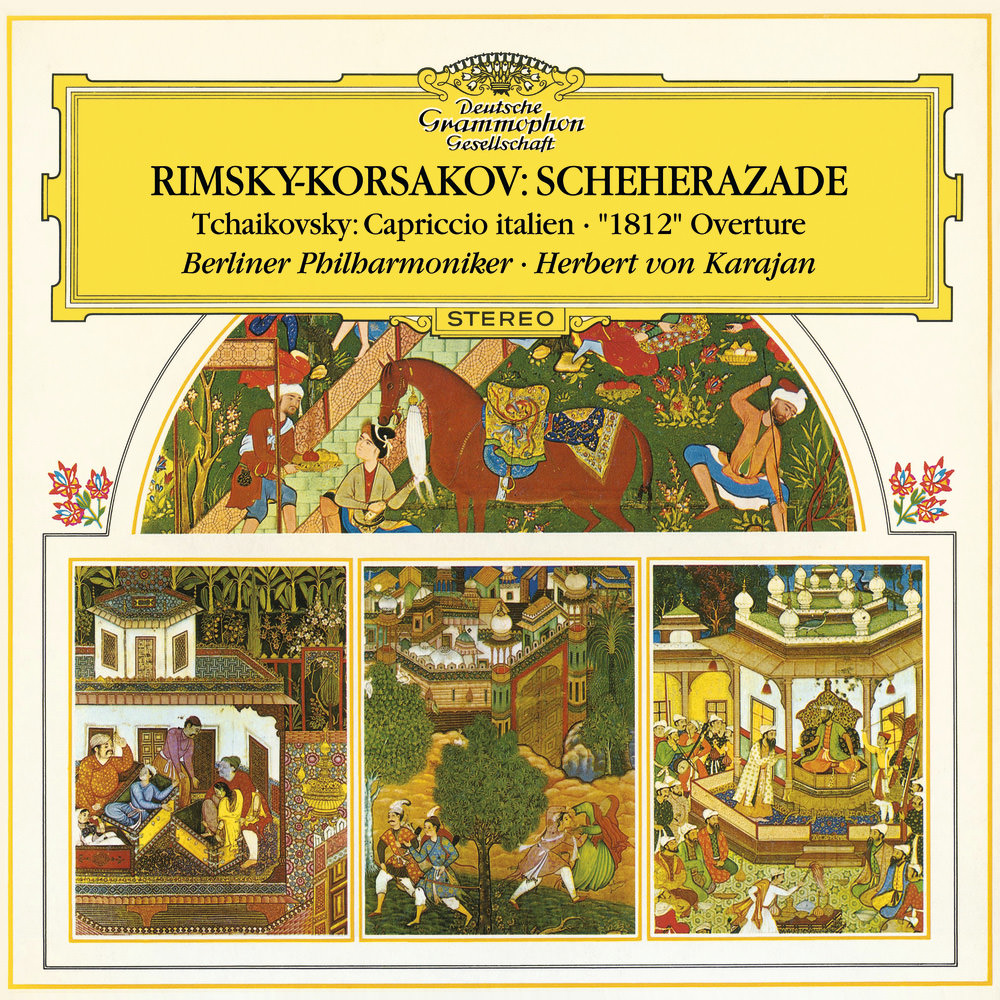 "Four Stars ... Scheherazade is of course unsurpassed as an orchestral showpiece and the Berlin Philharmonic demonstrates the utmost virtuosity in all sections of the orchestra ... Michel Schwalbé is superb in the violin solos and the brass playing is rich and glowing. Without doubt this vital and sensuous version is amongst the best available of this much recorded symphonic suite ... (on the Capriccio Italien) the recording is very fine indeed and the brass comes across especially well ... overall a well filled disk ... very good performances of three orchestral favourites which will satisfy."
- MusicWeb International

Legendary conductor Herbert von Karajan leads the Berliner Philharmoniker on historic performances recorded in 1966 and 1967. The all-Russian repertoire contains some of the most famous and popular works by Rimsky-Korsakov and Tchaikovsky, including the latter's 1812 Overture. Violinist Michel Schwalbé is the featured soloist on Rimsky-Korsakov's Scheherazade.
96 kHz / 24-bit PCM – DG Studio Masters