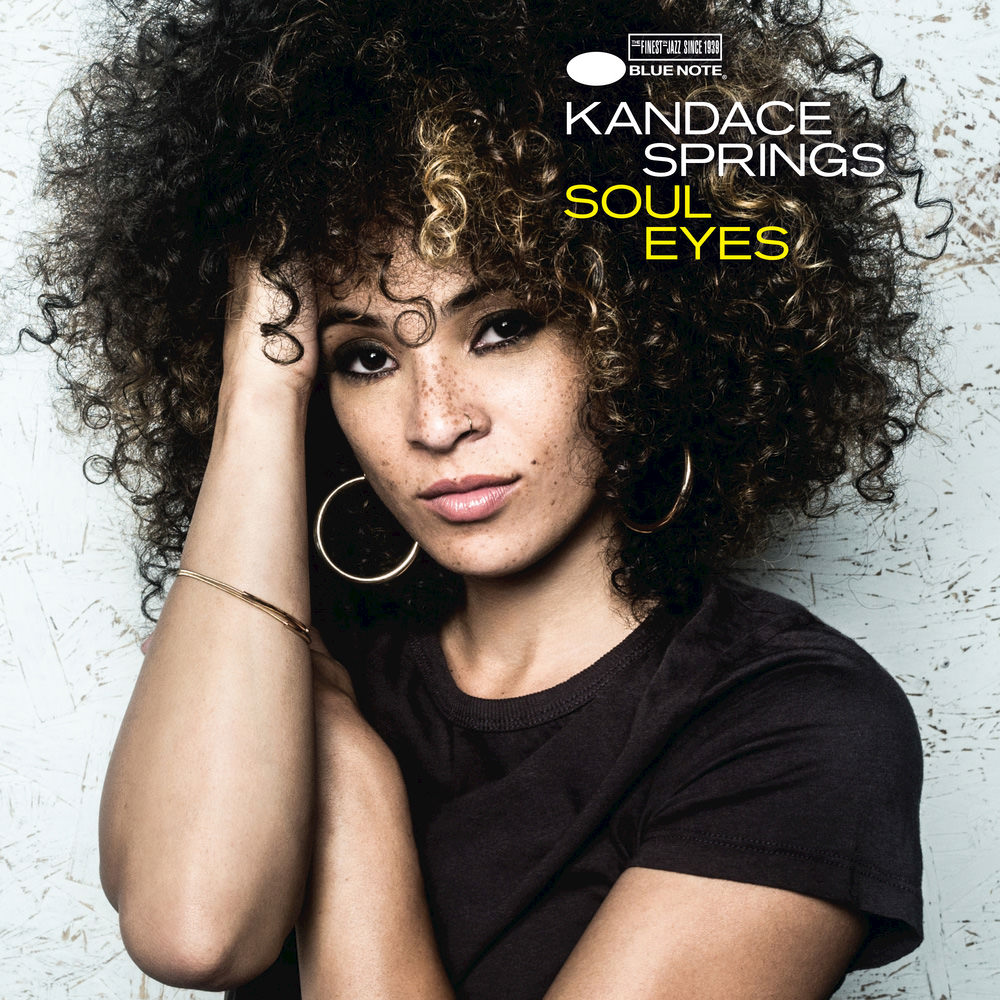 Available in 96 kHz / 24-bit AIFF, FLAC high resolution audio formats
"... finds the caramel-voiced Springs playing live off the floor with a band, in a jazz vein crossed with classic pop and soul." - Toronto Star "... it’s most decidedly a jazz singer’s album ... beautifully rendered over spare, piano-anchored and extremely tasteful arrangements. ... the highlights of the album are several, but the most memorable are the two tracks featuring (Terence) Blanchard ... the blending of Springs’ voice and the warmth of Blanchard’s tone is just exquisite on the former, and on the latter, Blanchard’s soaring solo is the 'breakout' musical moment of the record ... Soul Eyes is an accomplished, alluring and adult record by an artist who has fully harnessed her Muse and her talents. Fans of Lizz Wright, Nancy Wilson and other contemporary jazz vocalists will all find something to like here ... an exciting new artist to watch. Highly recommended." - SoulTracks Soul Eyes is the debut full-length album from singer, songwriter and pianist Kandace Springs, produced by Grammy winner Larry Klein (Joni Mitchell, Herbie Hancock, Melody Gardot). The songs touch upon soul and pop while channelling Springs's jazz influences as well as her Nashville upbringing. She names among her heroes stylists such as Billie Holiday, Ella Fitzgerald, Nina Simone, Roberta Flack and Norah Jones, but as evidenced on Soul Eyes, Springs mimics none of them. The 11 songs are a mix of originals and co-writes as well as the jazz classic title track Soul Eyes and numbers by Jesse Harris, Shelby Lynne, War and others. Springs is joined by an illustrious cast of musicians that includes trumpeter Terence Blanchard, guitarists Dean Parks and Jesse Harris, drummer Vinnie Colaiuta, organist Pete Kuzma, bassist Dan Lutz and percussionist Pete Korpela. "In this era, in which flash and hunger for fame is often equated with talent, she’s that rare person who sings and plays because that is what she needs to do in life. When I first heard Kandace, I was sold after hearing one song. Her smoky voice coupled with a sense of phrasing way beyond her years and her angular way of accompanying herself on piano grabbed me right away." - Larry Klein, producer
96 kHz / 24-bit PCM – Blue Note (BLU) Studio Masters