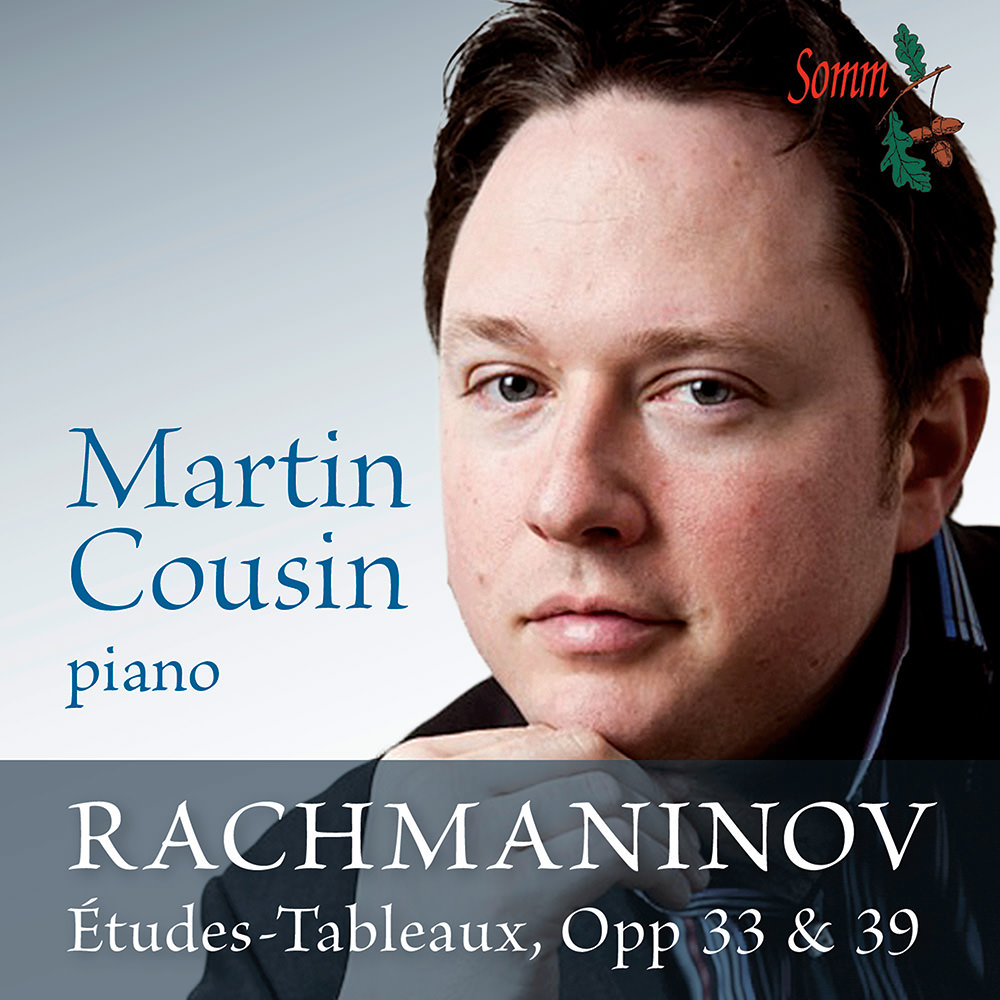 Available in 96 kHz / 24-bit AIFF, FLAC high resolution audio formats
"Four Stars ... (Cousin) demonstrates an impressive command of their huge technical challenges ... supported by an admirably clear recording ..." - BBC Music Magazine "Five Stars ... Cousin claims himself a place in the first rank of today's performers, dazzling with his command of the fiendishly difficult ... equally, he can charm us with his melting readings ... a landmark recording." - The Guardian "... contains performances of a very high technical and interpretative accomplishment. ... the technical challenges of these pieces hold no fears for him: Cousin is their complete master in terms of tackling the most demanding of passages ... proves himself the complete Rachmaninov interpreter ... this is pianism of the best kind ... recording quality is splendid ... one of the best solo piano records I have heard for a very long time ... those who do not know these extraordinarily original masterpieces are strongly advised to acquire this disc. There is none better." - ClassicalSource.com Called "a landmark recording" in a five star review in The Guardian and lavishly praised by other critics, this album by Scottish pianist Martin Cousin is his third "Russian" programme, featuring Rachmaninov's complete Études-Tableaux, ideally suited to both his fearless technique and discerning musicianship. The first prize and gold medal-winning Cousin is now regarded as one of the most exceptional pianists of his generation.
96 kHz / 24-bit PCM – SOMM Recordings Studio Masters