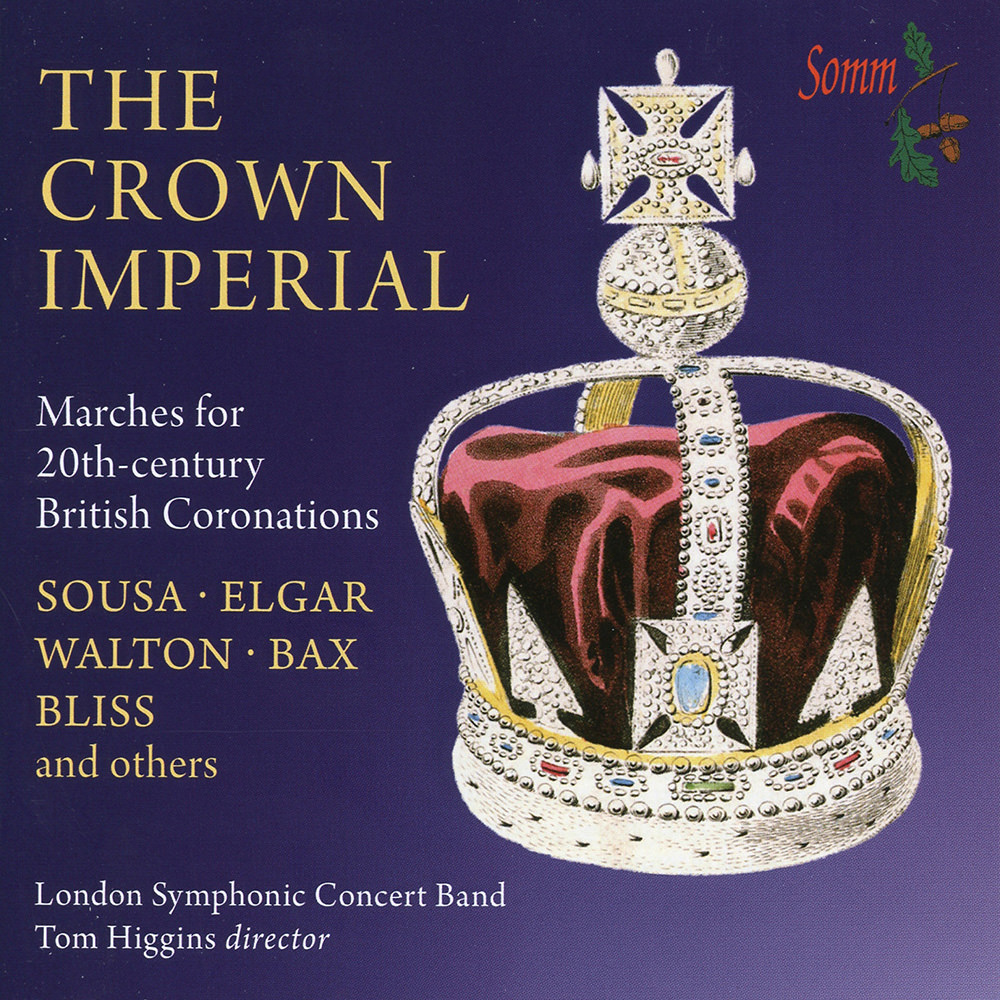 "A rousing collection ... highlights the fine ceremonial music that was written for their coronations ... some of these works have never been recorded by a concert band before and it's fascinating to hear them in the form in which the public would have first encountered them."
- Classic FM

Tom Higgins directs the London Symphonic Concert Band on this collection of marches composed for the four coronations held during the 20th century. The 11 works included here display the excitement and grandeur appropriate to such an important state and religious occasion. They also highlight some of the finest ceremonial music composed in the 20th century while reflecting the changing styles over the years. Some of these marches have never been recorded by a concert band before, despite transcriptions being made soon after their composition. Higgins and his forces present the pieces the same way audiences would have first heard them played in times gone by.
96 kHz / 24-bit PCM – SOMM Recordings Studio Masters