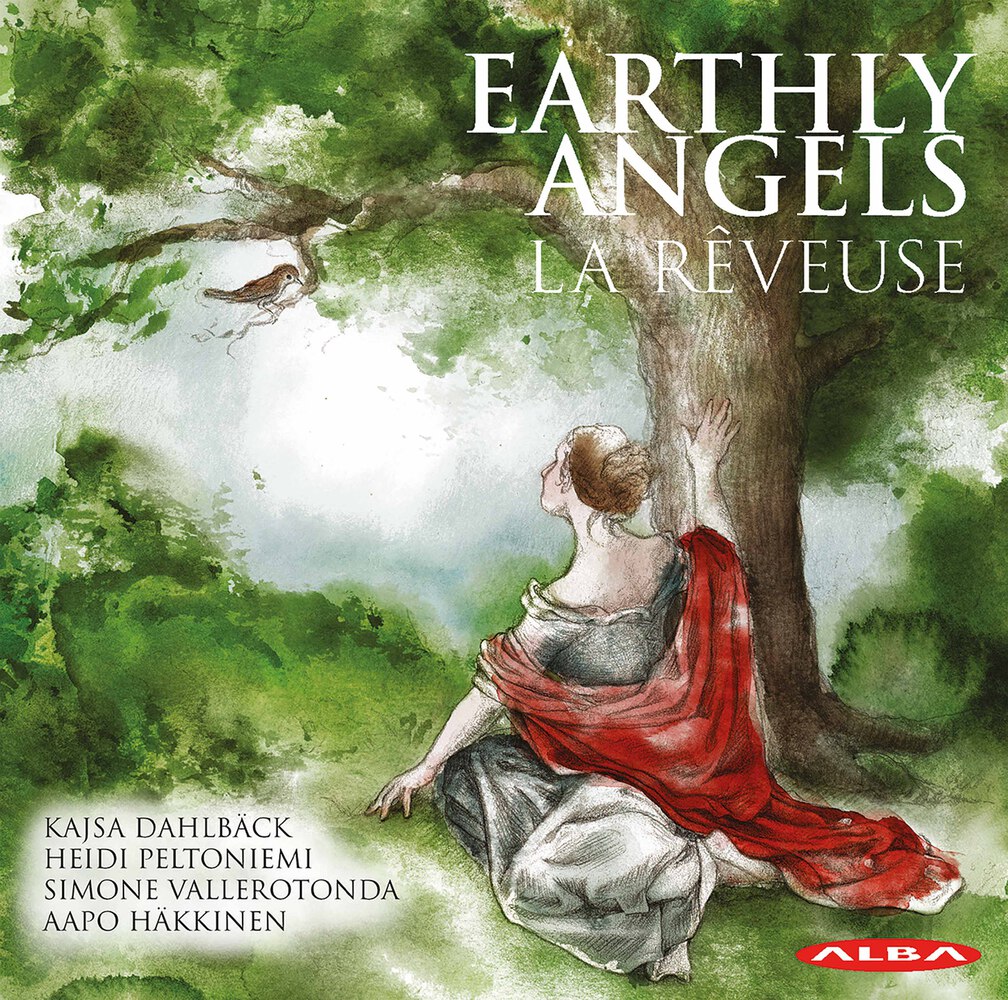 Available in 96 kHz / 24-bit AIFF, FLAC high resolution audio formats
The early music ensemble Earthly Angels was founded by Kajsa Dahlbäck in 2016 and is associated with Vaasa Baroque. Its first release was awarded “Album of the Year 2018” by the Finnish Broadcasting Company. Earthly Angels ensemble performs vocal chamber music mainly from the 17th and 18th centuries. The ensemble focuses on a close, embodied relationship between text and music, on finding new interesting music from the early music repertoire, and on making the early music meaningful for audiences today. The new album ”La Rêveuse” includes 20 songs by eight French composers from the baroque music era. The cornerstone of the album is Marin Marais’ (1656–1728) piece ”La Rêveuse”, which leads the listener to a dreamy world of solitude. On this album Earthly Angels consists of four early music professionals; soprano Kajsa Dahlbäck who is the founder member of the group, Heidi Peltoniemi who plays the cello as well as viola da gamba and Aapo Häkkinen playing the harpsichord – all three from Finland alongside Italian Simone Vallerotonda who plays the theorbo, an instrument from the lute family.
96 kHz / 24-bit PCM – Alba Studio Masters