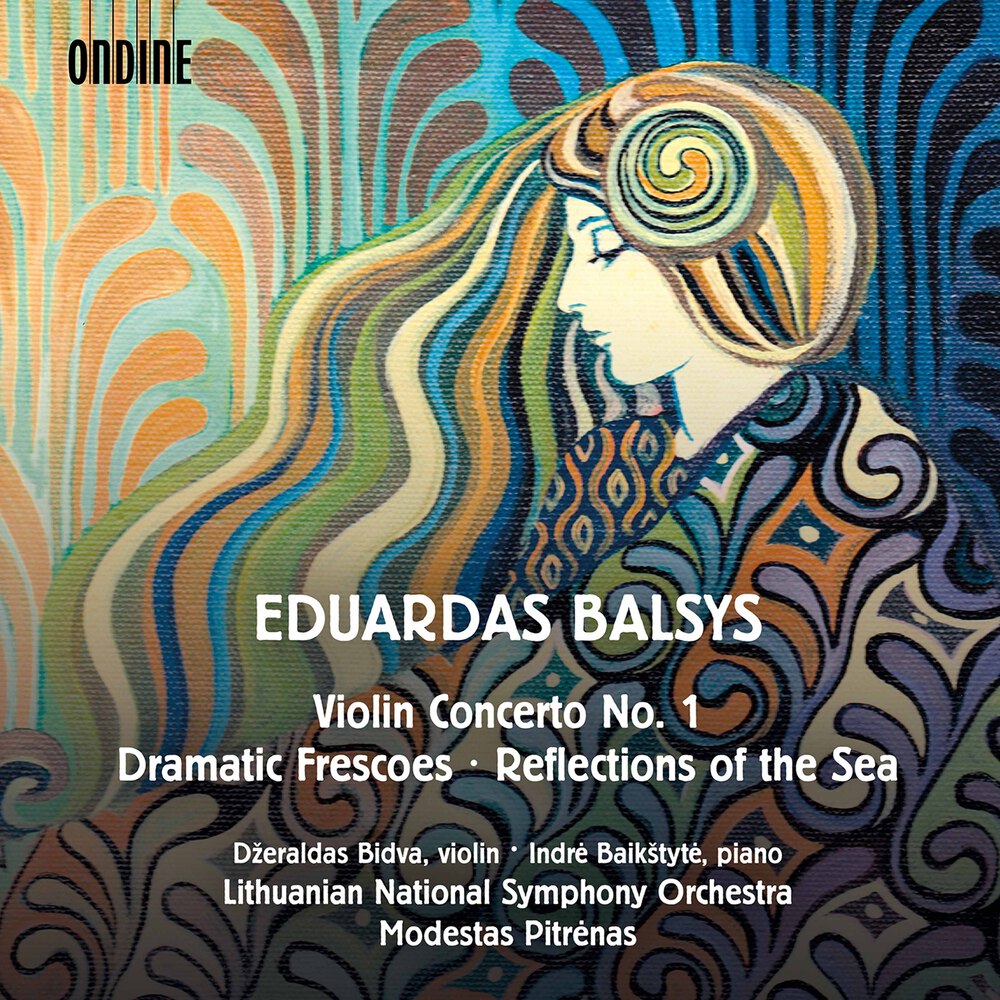 Balsys: Violin Concerto No. 1, Reflections of the Sea & Dramatic Frescoes

Available in 96 kHz / 24-bit AIFF, FLAC high resolution audio formats
This new album introduces to international audience the music of Eduardas Balsys (1919–1984), a key figure in Lithuania’s music from the 1950s until his death in 1984. This album release by the Lithuanian National Symphony Orchestra conducted by Modestas Pitrėnas includes three works from this award-winning composer, including his early breakthrough work, Violin Concerto No. 1, alongside two other orchestral scores. In these works, Balsys reveals himself as a master of rich, colourful orchestral scores. Balsys underwent a considerable evolution of style from his early compositions written in classical form, to his late expressionistic and dodecaphonic works. His oeuvre reflects turns and twists of the development of Lithuanian music, from ideologically motivated ‘folkloric’ romanticism (until 1958) toward new stylistic trends and compositional techniques. Violin Concerto No. 1, written after completing his studies at the Leningrad Conservatory, was the zenith of his first creative period. Balsys seems to have taken the first step towards a new style. On the other hand, it is still a traditional work not far from the world of the violin concertos of Tchaikovsky and Khachaturian. "Dramatic Frescoes" for violin, piano and symphony orchestra (1965) marked the beginning of the composer’s final creative period. This one-movement symphonic work merges the features of several genres: instrumental concerto, poem and symphony. Solo instruments are treated here as the main elements of the orchestra. In this work the composer sums up dramatic conflicts of our era, including the threat of war. "Reflections of the Sea" (1981), scored for string orchestra, is one of the composer’s final orchestral works. The work is saturated with expressive moods and sharp contrasts enabled by using a technique of dividing instrumental segments into smaller subsections.
96 kHz / 24-bit PCM – Ondine Studio Masters