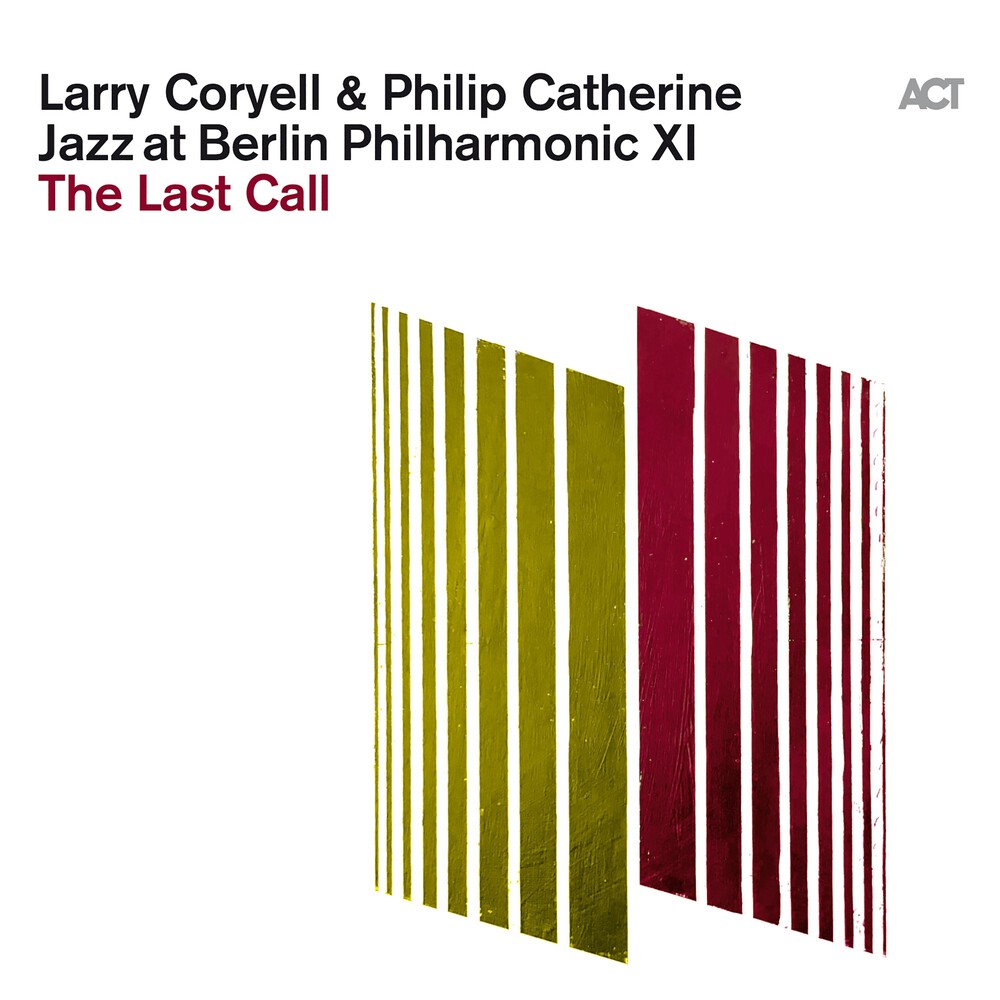 Available in 48 kHz / 24-bit AIFF, FLAC audio formats
The wheel has come full circle with the album Last Call, featuring the duo of Larry Coryell and Philip Catherine. This live recording from the Philharmonie in Berlin captures the culmination of an evening under the banner “Art of Duo” in Siggi Loch’s Jazz at Berlin Philharmonic series. After four decades, it marks the two guitarists’ return to the scene of one of their very first major triumphs. In 1976 they appeared as part of the band 11th House at the Berliner Jazztage at the same venue, but it was the moment when just the two of them stepped forward and performed as a duo which the Die Zeit's critic hailed as possibly the high point of the whole festival. It was a decisive step in what would become a highly successful collaboration. The evening of 24 January 2017 found both guitarists on ebullient form, as can be heard right from the opening track. With Larry Coryell on acoustic guitar and Philip Catherine on electric, they launch themselves once more in to the arpeggiated work-outs of “Miss Julie” – the opening track of “Twin House” – with a verve and energy which belies their years. There is a divine moment at the end of “Manha de Carnaval” when Coryell is picking out a series of perfectly placed hushed harmonics over the most delicate accompaniment from Catherine. And later, in “Bag’s Groove”, Coryell’s duo with Lars Danielsson, the quotes from other tunes fly joyously from his fingers: everything from Denzil Best’s “Move” from the “Birth of the Cool” to the opening bassoon solo from Stravinsky’s “Rite of Spring”. And yet the palpable exuberance of this concert is now tinged with sadness: this was to be Larry Coryell’s very last appearance in a concert hall. Four weeks later, Coryell died at the age of 73 after a two-night trio residency at the Iridium in New York. So what remains is the memory, and above all this last example of something very special indeed: what Siggi Loch once described as the “creative compatibility, the enthusiasm and mutual understanding” of two very great guitarists, Larry Coryell and Philip Catherine.
48 kHz / 24-bit PCM – ACT Music and Vision Studio Masters