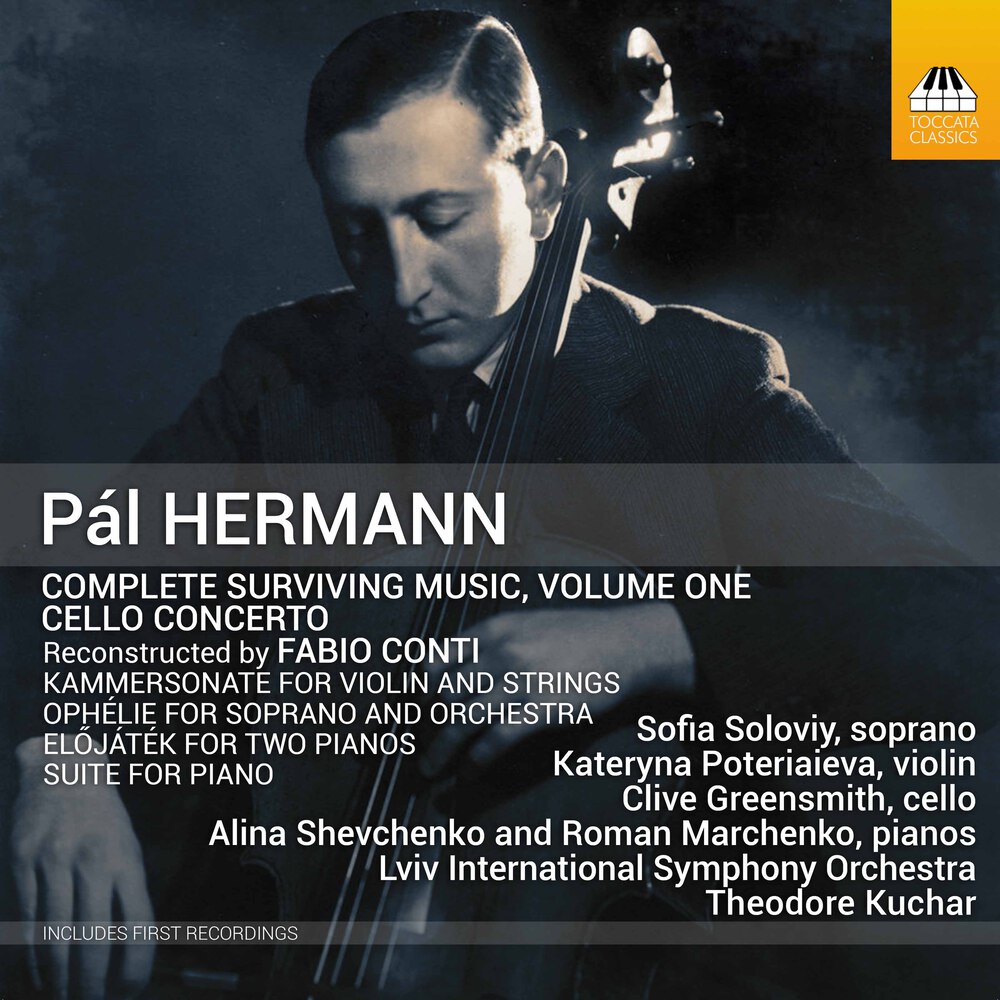 Available in 96 kHz / 24-bit AIFF, FLAC high resolution audio formats
Pál Hermann, born in Budapest in 1902, was not only one of the leading cellists of his generation: he was also an important composer, one of the major figures in Hungarian music in the generation after his teachers Bartók and Kodály. But since only two of his works were published before his early death, in 1944, at the hands of the Nazis, and many more of them were lost, he has not had the esteem that he deserves. This series will present all his surviving compositions, most of them in first recordings. The major work on this first album, Hermann’s Cello Concerto of 1925 in a reconstruction by the Italian composer Fabio Conti (b. 1967), sits somewhere between Bartók and Korngold and bids fair to become a staple of the cello repertoire.
96 kHz / 24-bit PCM – Toccata Classics Studio Masters