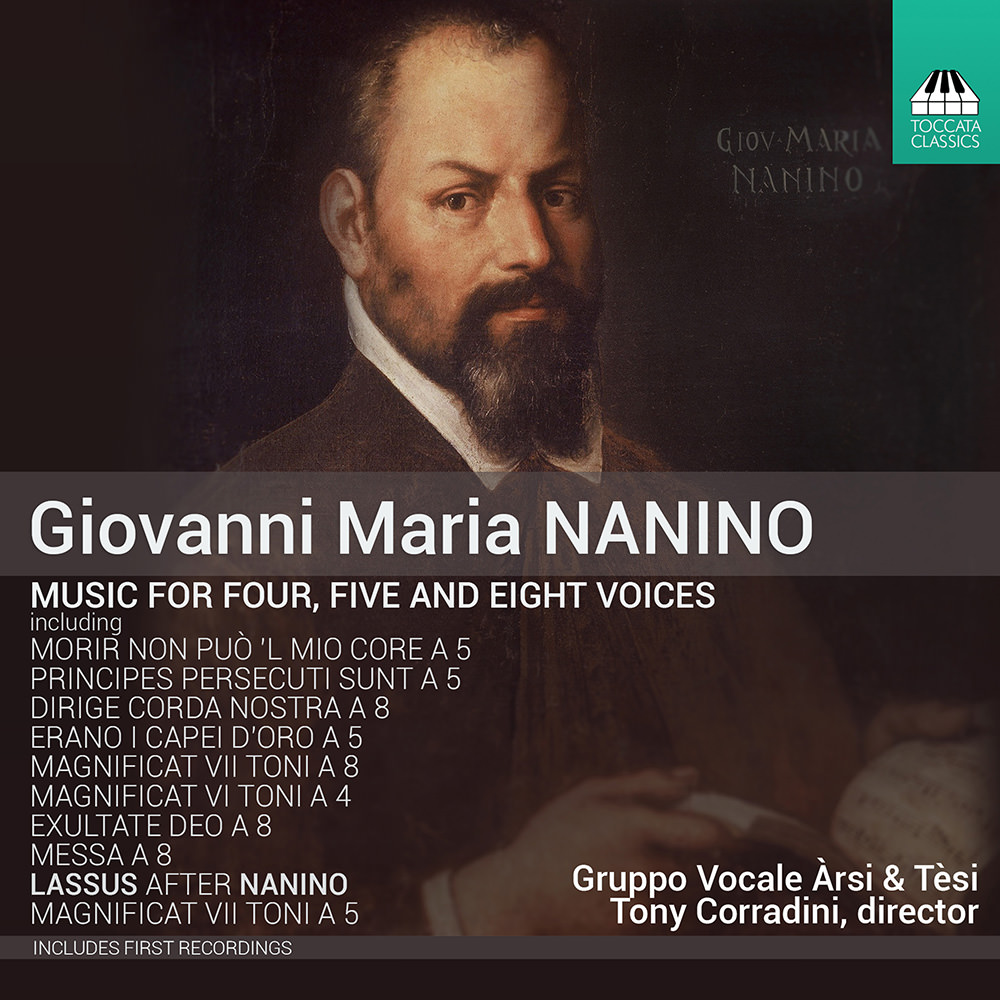 Available in 96 kHz / 24-bit AIFF, FLAC high resolution audio formats
The Gruppo Vocale Àrsi & Tèsi delves into uncharted territory with this first ever recording dedicated to 16th century Italian composer Giovanni Maria Nanino, one of the major figures of late Renaissance polyphony. A successor of Palestrina at Santa Maria Maggiore in Rome, Nanino produced a modest but expertly crafted body of sacred music and madrigals that enjoyed widespread popularity. He also became the most influential teacher of composition of the era in Rome. But despite the prestige he enjoyed in his own day, his music has been almost entirely forgotten today. With this album, the ensemble and director Tony Corradini are hoping to change that.
96 kHz / 24-bit PCM – Toccata Classics Studio Masters