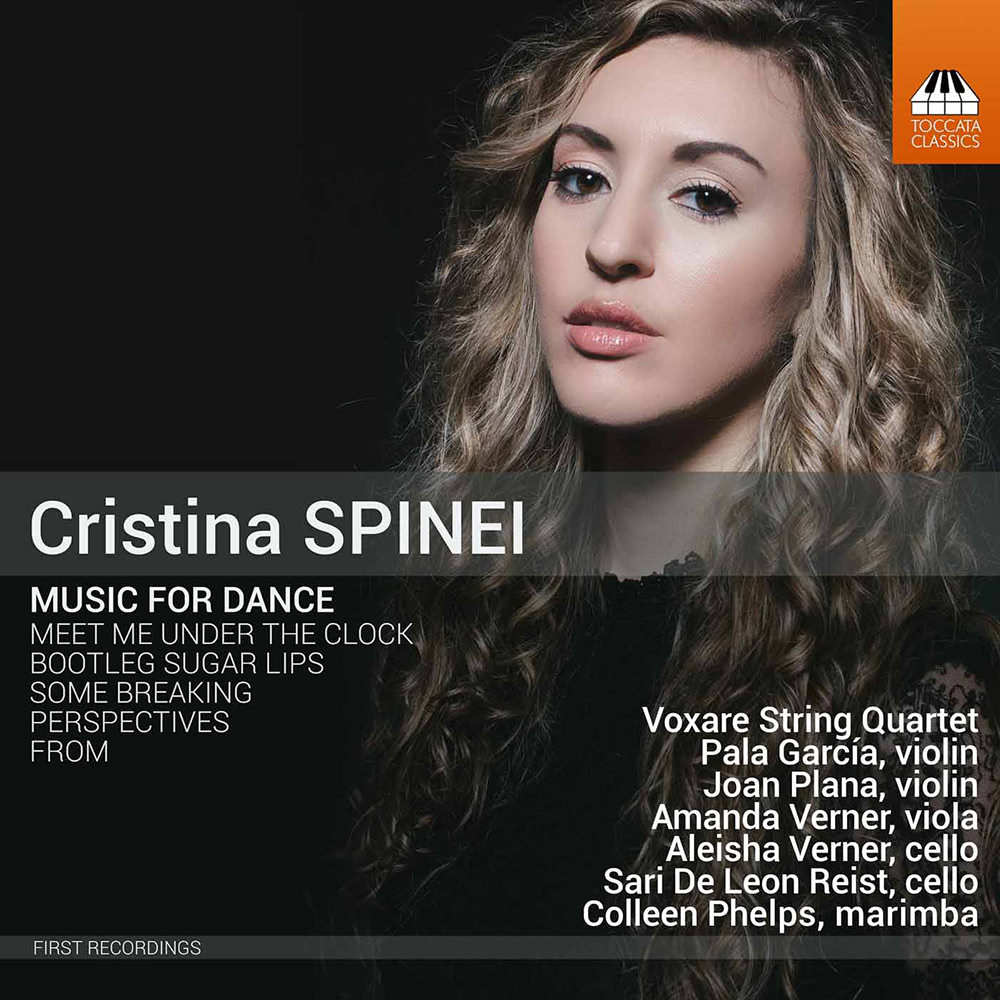 Available in 44.1 kHz / 24-bit AIFF, FLAC audio formats
The Voxare String Quartet and several soloists honour young Nashville-based composer Cristina Spinei, a Latin Grammy nominee who remains consistently in high demand by choreographers, musicians and film directors. The works on this recording were all composed for dance and include four string quartets, a duet for cello and percussion and a piece for string orchestra, all of them gently mesmeric, like an unhurried ritual, yet pulsing with rhythmic energy that conveys the American minimalist tradition.
44.1 kHz / 24-bit PCM – Toccata Classics Studio Masters