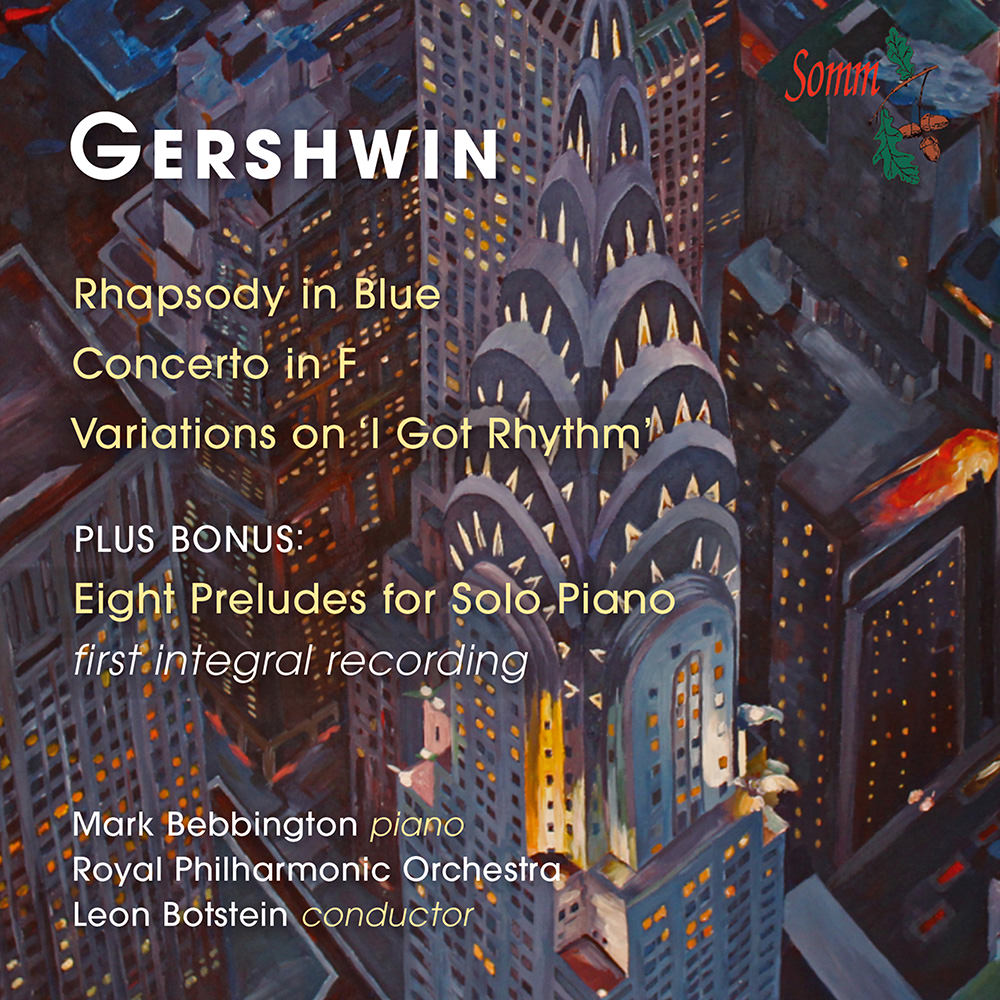 Gershwin: Rhapsody in Blue - Piano Concerto - Variations on "I Got Rhythm" - Preludes

"... Mark Bebbington is admirably clear-cut and dynamic in all that he does ... the Royal Philharmonic Orchestra plays with considerable flair and the recording is splendidly lucid and well-balanced ... there is no doubting the musicians’ authority and affection for the music ..."
- ClassicalSource.com

"Recording of the Month ... a new look at some very familiar Gershwin ... the result: a freshness and a sense of joyous spontaneity that is distinctly appealing. Rather than a polite stuffy Park Avenue sensibility, this interpretation seems to tap the very essence of the thrusting, thriving metropolis that is the real New York."
- MusicWeb International

Best-known for his much-acclaimed recordings of British music, pianist Mark Bebbington takes a leap across the Atlantic to bring his refined yet expressive style to this spectacular all-Gershwin double album, accompanied by the Royal Philharmonic Orchestra and Grammy-nominated American conductor Leon Botstein. The programme takes a fresh interpretive look at some of Gershwin’s most popular repertoire and also includes as a bonus the first-ever integral presentation of Gershwin’s Eight Preludes for Solo Piano.
44.1 kHz / 24-bit PCM – SOMM Recordings Studio Masters