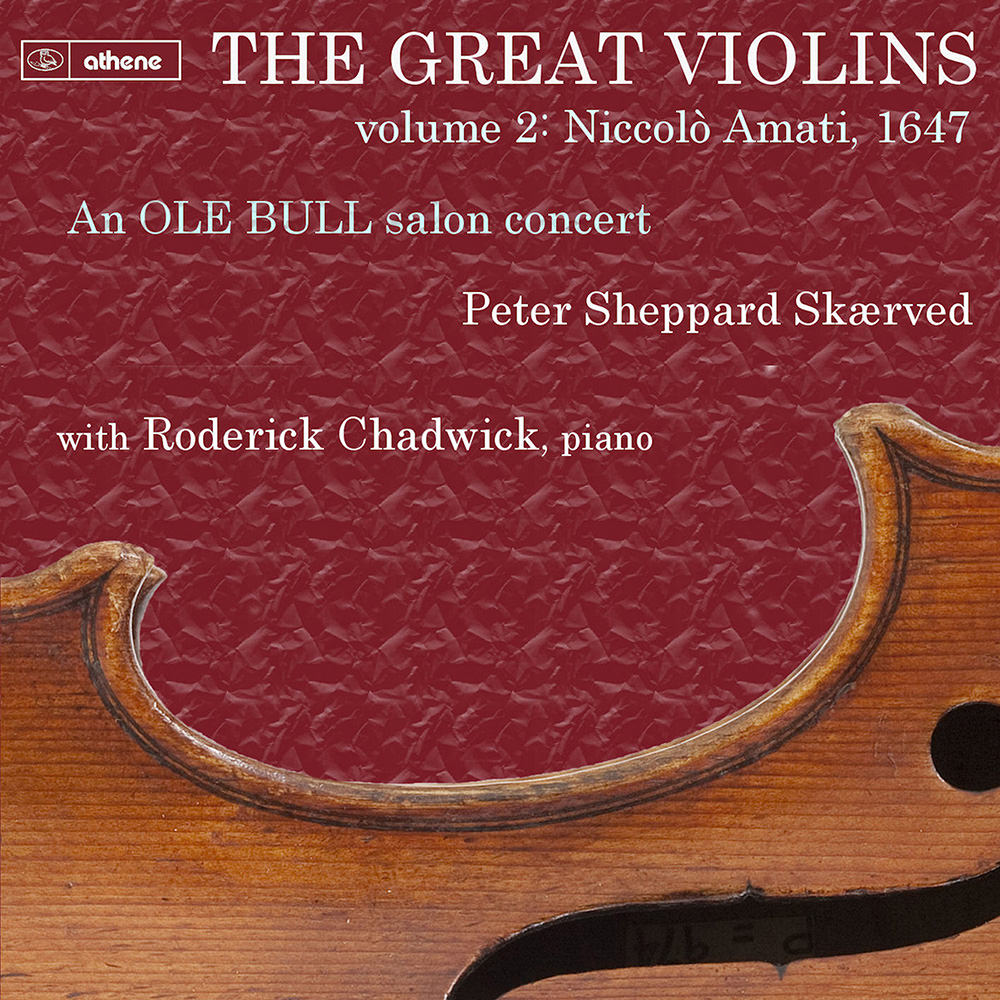 This is the second installment of an ambitious project of enormous musical and historic importance: to record works on many of the world's most valuable, historic and revered instruments. The album is a trip back in time to the early years of the 20th century, on which Grammy nominated violinist Peter Sheppard Skærved recreates a typical Ole Bull salon concert, through which the Norwegian violinist earned fame around Europe and the US. Sheppard Skærved is accompanied on several pieces by Roderick Chadwick at the piano.This series is supported by the Royal Academy of Music in London, the Library of Congress in Washington DC and several other cultural institutions and private collectors, whose assistance in providing recording facilities and in allowing access to these wonderful instruments made this undertaking possible.
192 kHz / 24-bit, 96 kHz / 24-bit PCM – Athene Studio Masters