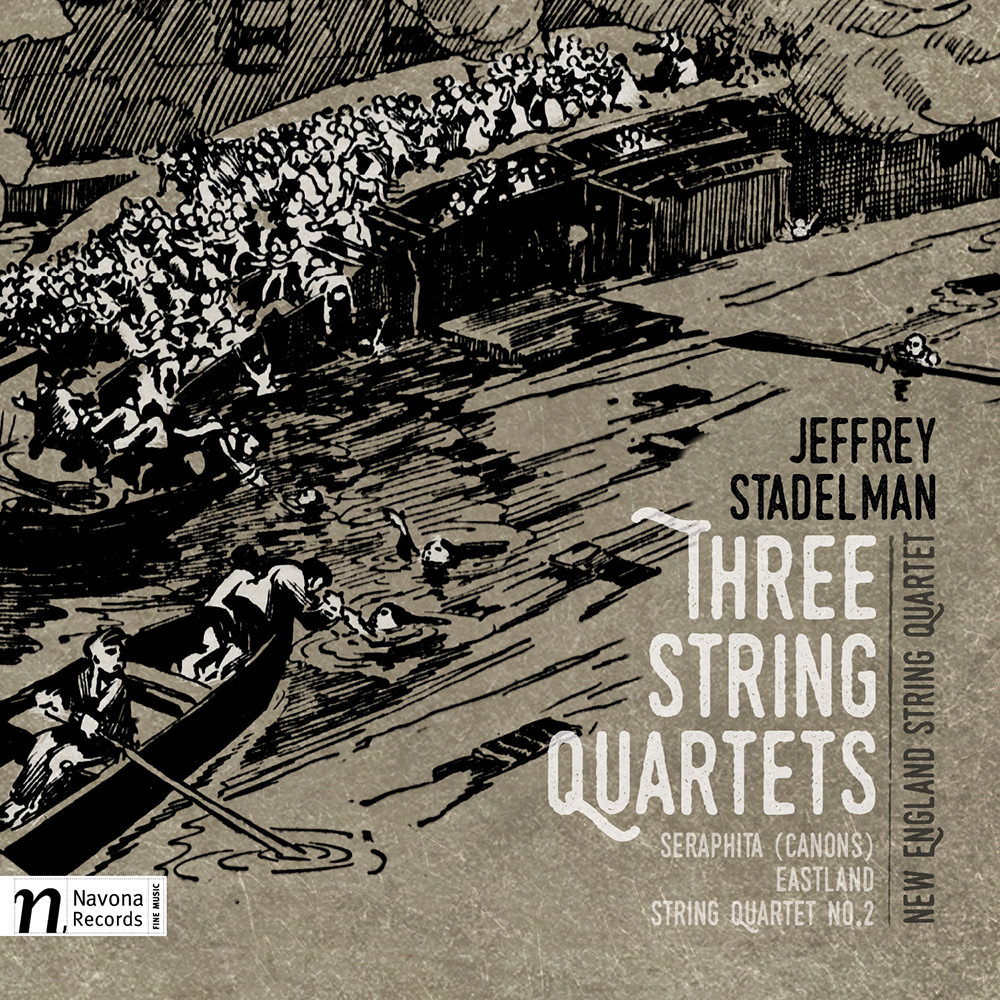 Available in 44.1 kHz / 24-bit AIFF, FLAC audio formats
The New England String Quartet offers three works by American composer Jeffrey Stadelman, each piece presenting distinct perspectives on his career and versatile style and illustrating Stadelman's intense, lyrical and sensuous modes of expression. Seraphita (Canons), his most recent work on this album, is a nine movement canonic elaboration of the tune from the first song of Arnold Schoenberg’s Four Lieder. The nine movements treat the material in different ways by transforming its lyrical subject in clearly audible ways, most importantly through classical imitation techniques. One of Stadelman’s few programmatic pieces, Eastland was prompted by the tragic story of the 1915 Eastland disaster, in which a passenger steamship capsized in the Chicago River, drowning hundreds. The final selection, the award-winning String Quartet No. 2 was written in 1988 and moves from a consonant and lyrical opening to a section of variations, culminating in a precipitous and virtuosic whirlwind.
44.1 kHz / 24-bit PCM – Navona Studio Masters