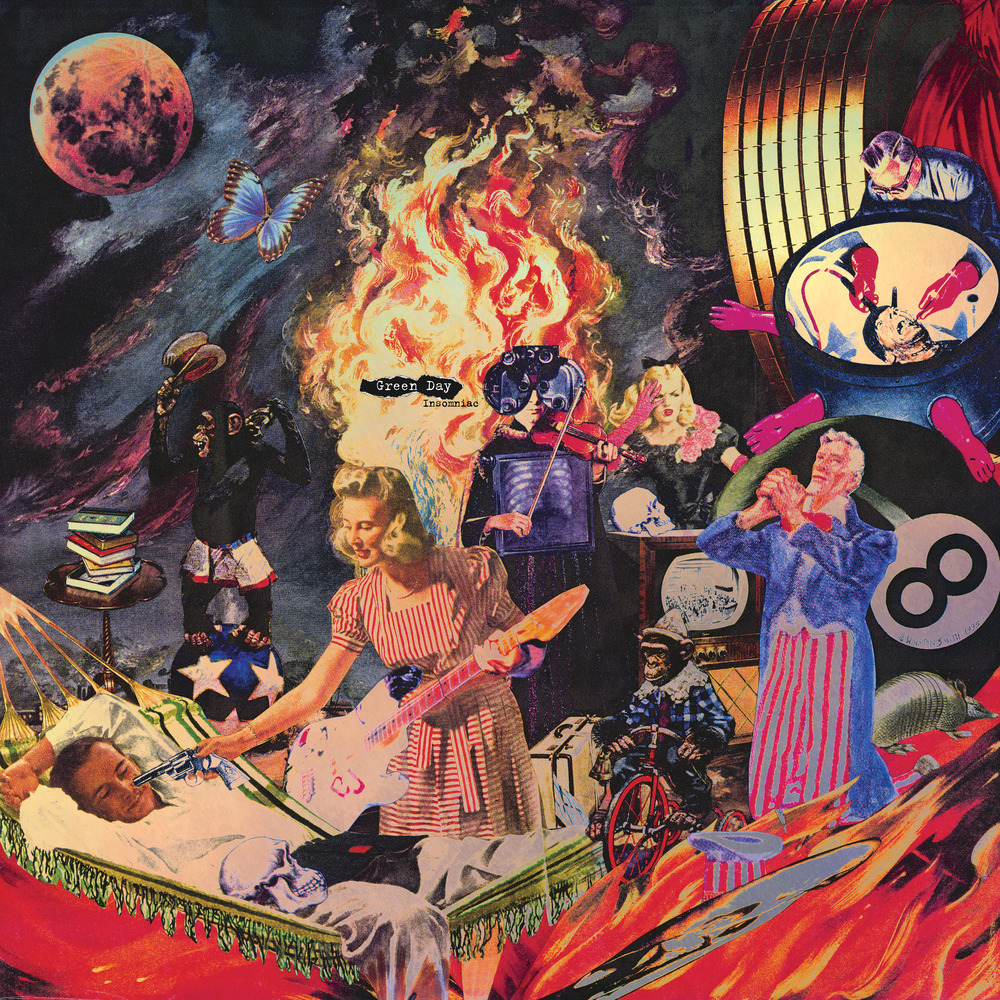 Available in MQA and 192 kHz / 24-bit AIFF, FLAC high resolution audio formats
American rock-legends Green Day release a brand new remaster of their fourth studio album, Insomniac, in honour of its 25th Anniversary! Insomniac was recorded at Hyde Street in San Francisco, and the band prioritized high-energy takes during the recording sessions. Released as the follow-up to the band's multi-platinum breakthrough Dookie, Insomniac featured a heavier and more “punk” sound, and bleaker lyrics than its predecessor. Lyrically, the album discusses themes such as alienation, anxiety, boredom, and drug use. Insomniac also served as a reaction to many early fans who had turned their backs on the band after it achieved mainstream success with Dookie. "Insomniac is finally old enough to rent a car (or whatever else you can do when you’re 25, we’re not lawyers), so we remastered it to celebrate, and we’re throwing in some bonus goodies to boot! This limited edition […] includes 8 rare or never previously released live tracks from the Prague stop of the Insomniac World Tour on March 26, 1996..." - Green Day
192 kHz / 24-bit PCM – Reprise Studio Masters