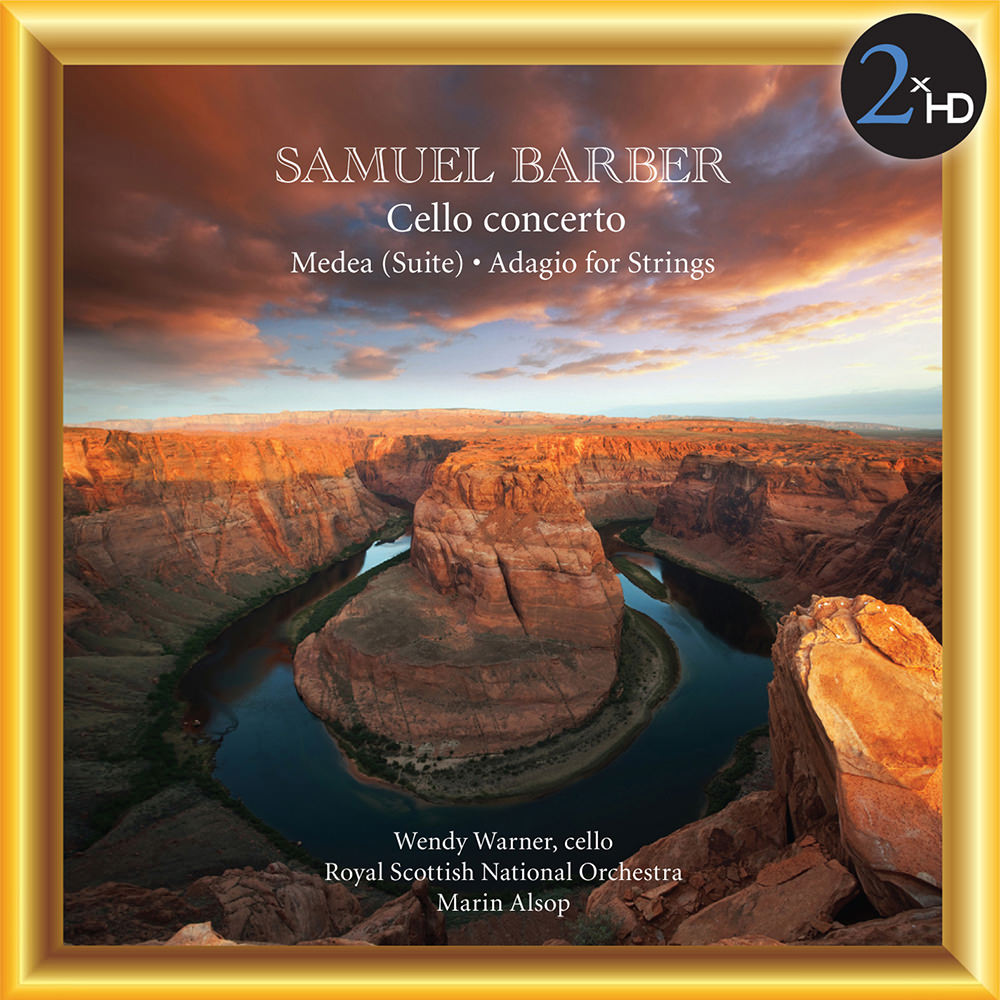 "... Alsop shows a keen sensitivity to both scores and balances their rhetoric with the clean-edged clarity of their textures."
- Classical-music.com

Marin Alsop conducts the Royal Scottish National Orchestra and solo cellist Wendy Warner on these works by Samuel Barber. The Cello Concerto is offered together on this album with a suite from the ballet music for Medea, originally written for Martha Graham. Best known of all Barber's music is his evocative Adagio for Strings, a work of deep feeling that has earned a firm place in American repertoire.
44.1 kHz / 24-bit PCM – 2xHD Studio Masters