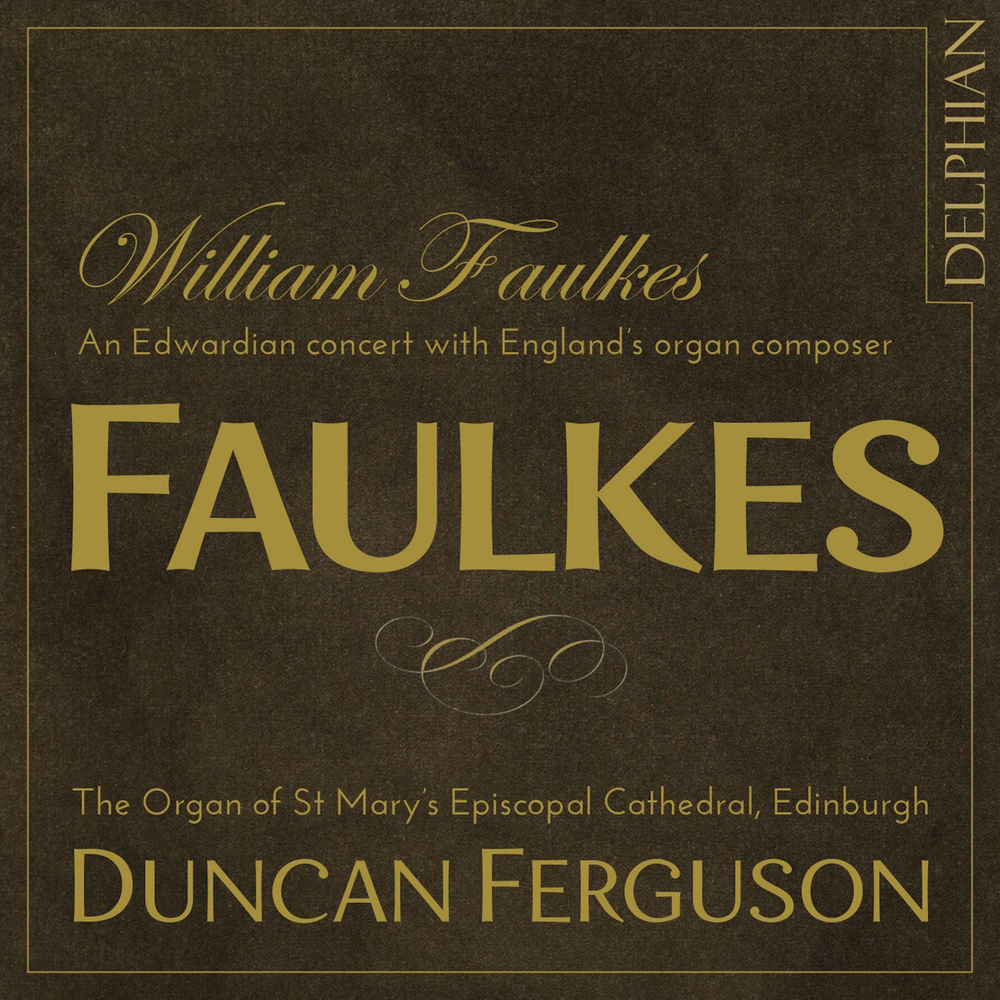 Available in 48 kHz / 24-bit AIFF, FLAC audio formats
"Ferguson’s playing and Delphian’s presentation provide Faulkes’s music with as fine a podium as anyone could wish for." - Choir & Organ "... (Faulkes) could have wished for no more persuasive an advocate than Duncan Ferguson, nor a finer instrument than this glorious and historically correct 'Father' Willis ..." - Gramophone "Four Stars ... distils the spirit of the Edwardian era ... Ferguson knows the instrument intimately and gives its tonal palette a thorough workout, even managing a moment of pure 'Wurlitzer' in the arrangement of Rubinstein's Mélodie No. 1." - BBC Music Magazine Critically acclaimed Scottish organist Duncan Ferguson once again proves himself compelling on this programme devoted to William Faulkes, considered England’s most prolific organ composer of all time. Faulkes was one of the leading figures in a generation of organist composers whose style of writing speaks from and of the golden age of organ recitals: melodious, spirited, uplifting music that, long out of fashion, is now enjoying something of a resurgence thanks to recordings like these.
48 kHz / 24-bit PCM – Delphian Records Studio Masters