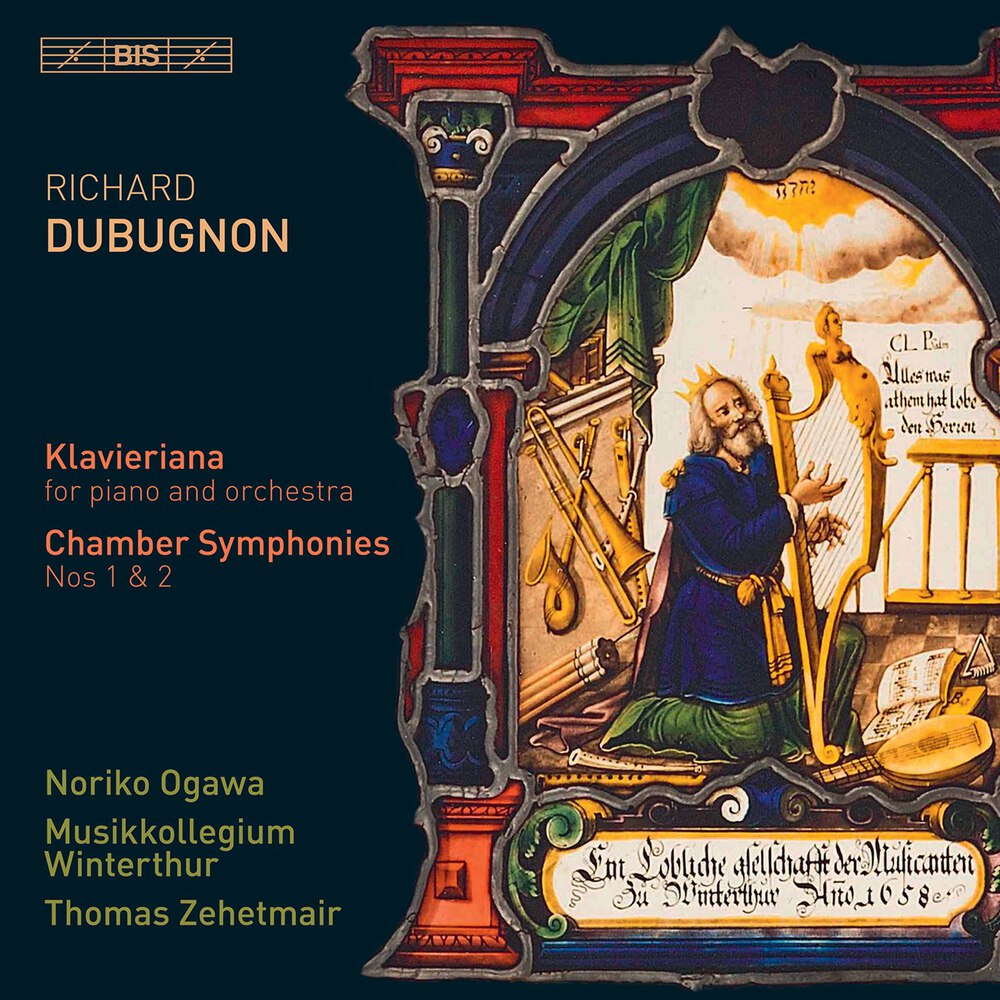 Available in 96 kHz / 24-bit AIFF, FLAC high resolution audio formats
Born in 1968, the Swiss composer Richard Dubugnon writes music that has been described as ‘driven by a playful modern sensibility’ (New York Times). His work list includes all genres, from solo pieces to large orchestral works, such as the Helvetia Symphony, scored for the same forces as Stravinsky’s Rite of Spring. He has also written for smaller orchestra, however, and this disc is bookended by his two chamber symphonies. Chamber Symphony No. 1 was composed in 2013, and in his liner notes the composer admits to influences from Arnold Schoenberg and Franz Schreker, as well as Olivier Messiaen: ‘if passionate gestures evoke the decadent Vienna of the turn of the 20th century, the overall harmonic color remains quite “French”… Switzerland is, after all, half way between Vienna and Paris.’ In contrast, the initial inspiration for Chamber Symphony No. 2 (2017) was a visual one – a stained-glass panel from 1658 commemorating the first members of Musikkollegium Winterthur, for which the work was written. Dubugnon creates a chaconne based on the colours of the stained glass, but also includes a Bach fragment in allusion to a reference on the panel to Psalm 150. These elements are used in various ways throughout the piece, which ends in a big accelerando. Framed by the symphonies is the concerto Klaveriana for piano, orchestra and obbligato celesta. Featuring a wide range of piano techniques, the concerto is unusual in that it incorporates an important part for the celesta which functions as a mysterious reflection of the piano. The album is a first on BIS from Musikkollegium Winterthur under its conductor Thomas Zehetmair, with Noriko Ogawa as the soloist in Klaveriana.
96 kHz / 24-bit PCM – BIS Records Studio Masters