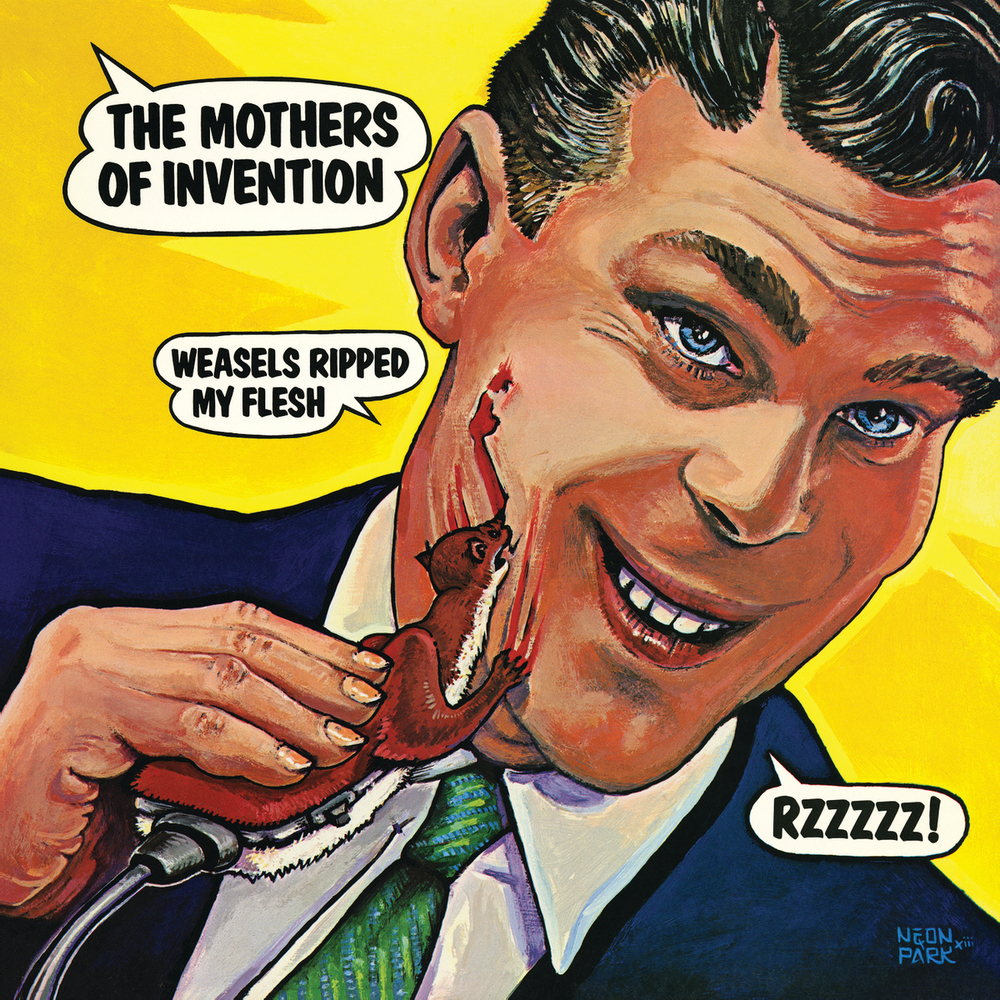 The Mothers Of Invention

Available in 192 kHz / 24-bit, 96 kHz / 24-bit AIFF, FLAC high resolution audio formats
Weasels Ripped My Flesh is the seventh studio album by the American rock group the Mothers of Invention, and the tenth overall by Frank Zappa, released in 1970. It is the second album released after the Mothers disbanded in 1969, preceded by Burnt Weeny Sandwich. In contrast to its predecessor, which almost entirely focused on studio recordings of arranged compositions, Weasels Ripped My Flesh consists of a combination of live and studio recordings and features more improvisation. Whereas all but one of the pieces on Burnt Weeny Sandwich have a more planned feel captured by quality studio equipment, five tracks from Weasels Ripped My Flesh capture the Mothers on stage, where they employ frenetic and chaotic improvisation characteristic of avant-garde jazz and free jazz. In contrast to the experimental jazz material, the album also contains a straightforward interpretation of Little Richard's R&B single "Directly From My Heart to You", featuring violin and lead vocal from Don "Sugarcane" Harris. This song is actually an outtake from the sessions for the Hot Rats album. The album also documents the brief tenure of Lowell George (guitar and vocals), who went on to found the band Little Feat with Mothers bassist Roy Estrada. On "Didja Get Any Onya?", George affects a German accent to relate a story of being a small boy in Germany and seeing "a lot of people stand around on the corners asking questions, 'Why are you standing on the corner, acting the way you act, looking the way you look, why do you look that way?'"
192 kHz / 24-bit, 96 kHz / 24-bit PCM – Frank Zappa Catalog Studio Masters