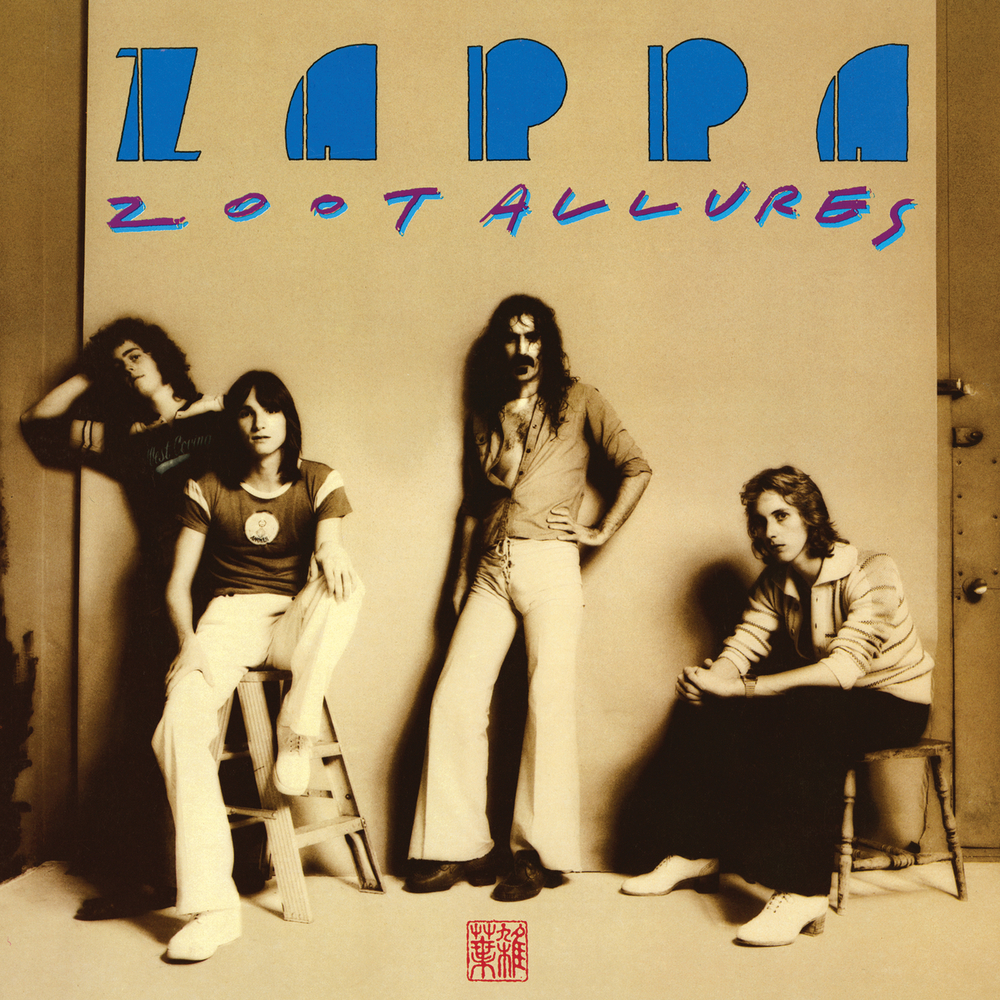 Available in 192 kHz / 24-bit, 96 kHz / 24-bit AIFF, FLAC high resolution audio formats
It is a truism to note that Frank Zappa was a prolific artist, but it’s worth remembering that his 22nd album, Zoot Allures, was released only two weeks after Bongo Fury, his collaboration with Captain Beefheart and The Mothers Of Invention: both October 1976. Beefheart, credited as Donnie Vliet, stayed on for the Zoot Allures sessions, adding his harmonica to a pair of cuts – “Ms. Pinky” and “Find Her Finer” – that might have appeared on its predecessor. To muddy waters further, the album artwork pictures Zappa sidemen Patrick O’Hearn and Eddie Jobson, though they don’t play here. Zoot Allures also has a typically punning Zappa title, parodying the hackneyed exclamation “Zut alors!” while also – intentionally or not – referencing the post-war zoot suit. Though Zappa felt at home recording in his favored Record Plant Studios in Los Angeles where mixing also took place, legend has it that a different mix of the album was forged in Jacksonville, Florida. Whatever the truth in that, the end results were Zappa personified: progressive, veering towards fusion and funk, and with lashings of hard metal on the fringes – not forgetting his trademark scabrous lyrics.
192 kHz / 24-bit, 96 kHz / 24-bit PCM – Frank Zappa Catalog Studio Masters