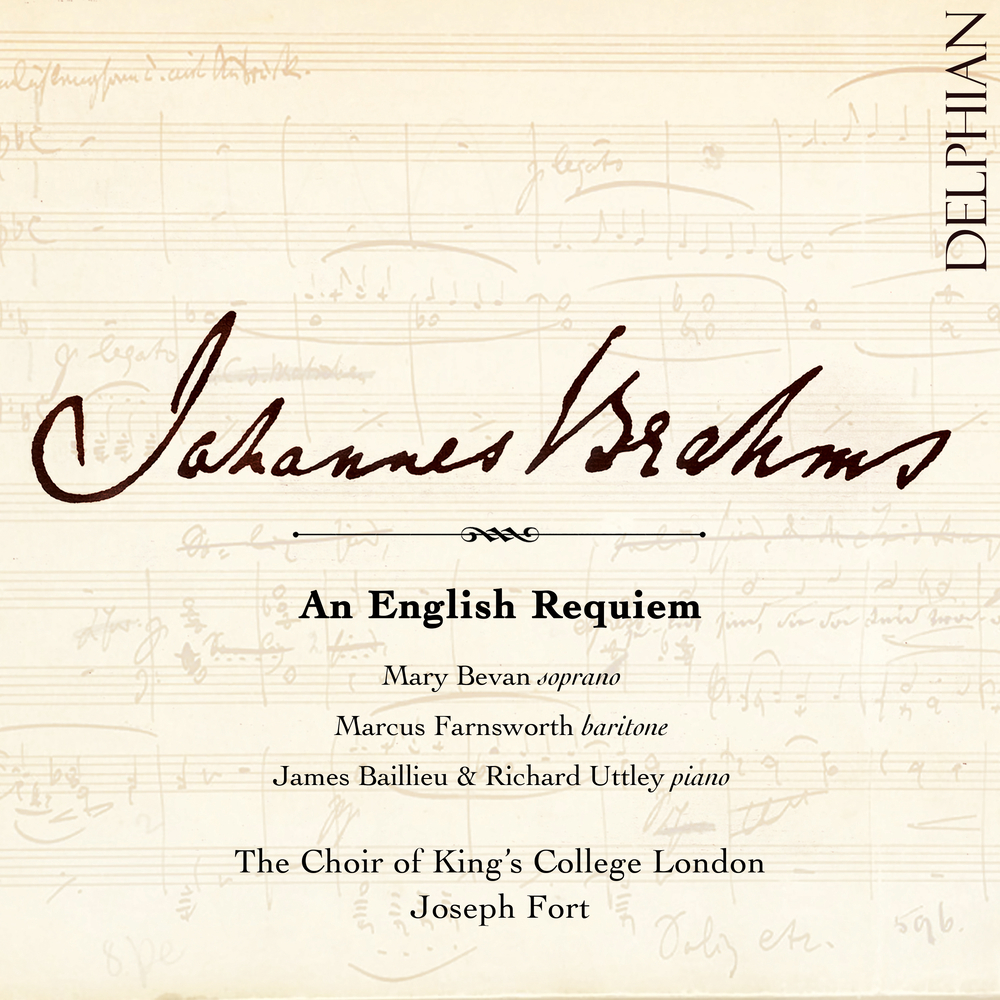 Available in 48 kHz / 24-bit AIFF, FLAC audio formats
Since its London premiere in 1871, Brahms’s German Requiem has enjoyed immense popularity in the UK, in both its orchestral and chamber versions. But the setting we know today is not the one that nineteenth-century British audiences knew and loved. The work was rarely performed here in German; rather, it was almost always sung in an English translation, and was even known by some as "An English Requiem". In its sixth Delphian recording, The Choir of King’s College London revives the nineteenth-century English setting in which Brahms’s masterpiece established itself as a favourite among its earliest British audiences. Under its new director Joseph Fort, the choir is joined by pianists James Baillieu and Richard Uttley, and soloists Mary Bevan and Marcus Farnsworth.
48 kHz / 24-bit PCM – Delphian Records Studio Masters