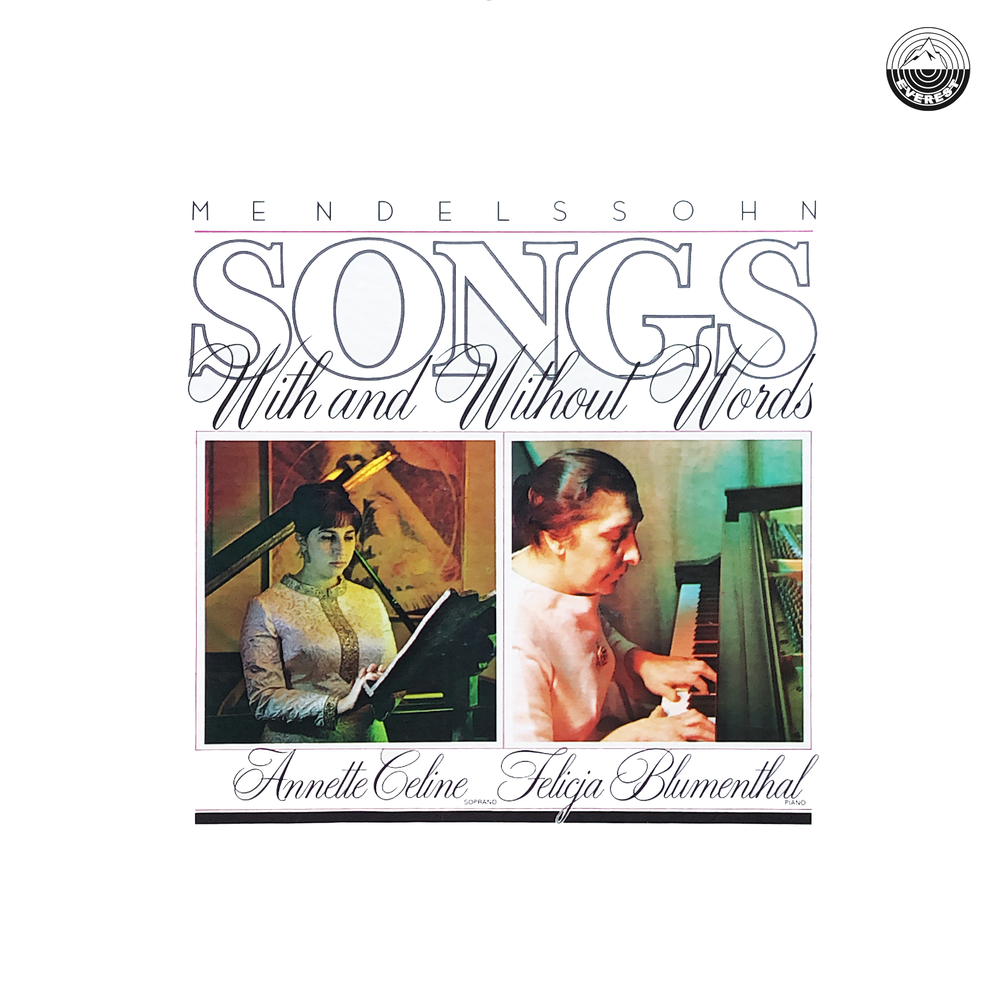 Mendelssohn Songs With and Without Words

Available in 96 kHz / 24-bit AIFF, FLAC high resolution audio formats
Songs Without Words (Lieder ohne Worte) is a series of short lyrical piano songs by the Romantic composer Felix Mendelssohn, written between 1829 and 1845. The eight volumes of Songs Without Words, each consisting of six songs (Lieder), were written at various points throughout Mendelssohn's life, and were published separately. The piano became increasingly popular in Europe during the early nineteenth century, when it became a standard item in many middle-class households. The pieces are within the grasp of pianists of various abilities and this undoubtedly contributed to their popularity. This great popularity has caused many critics to under-rate their musical value. Polish pianist and composer Felicja Blumental presents these monumental works with her equally talented daughter, Soprano Annette Celine!
96 kHz / 24-bit PCM – Everest Records Studio Masters