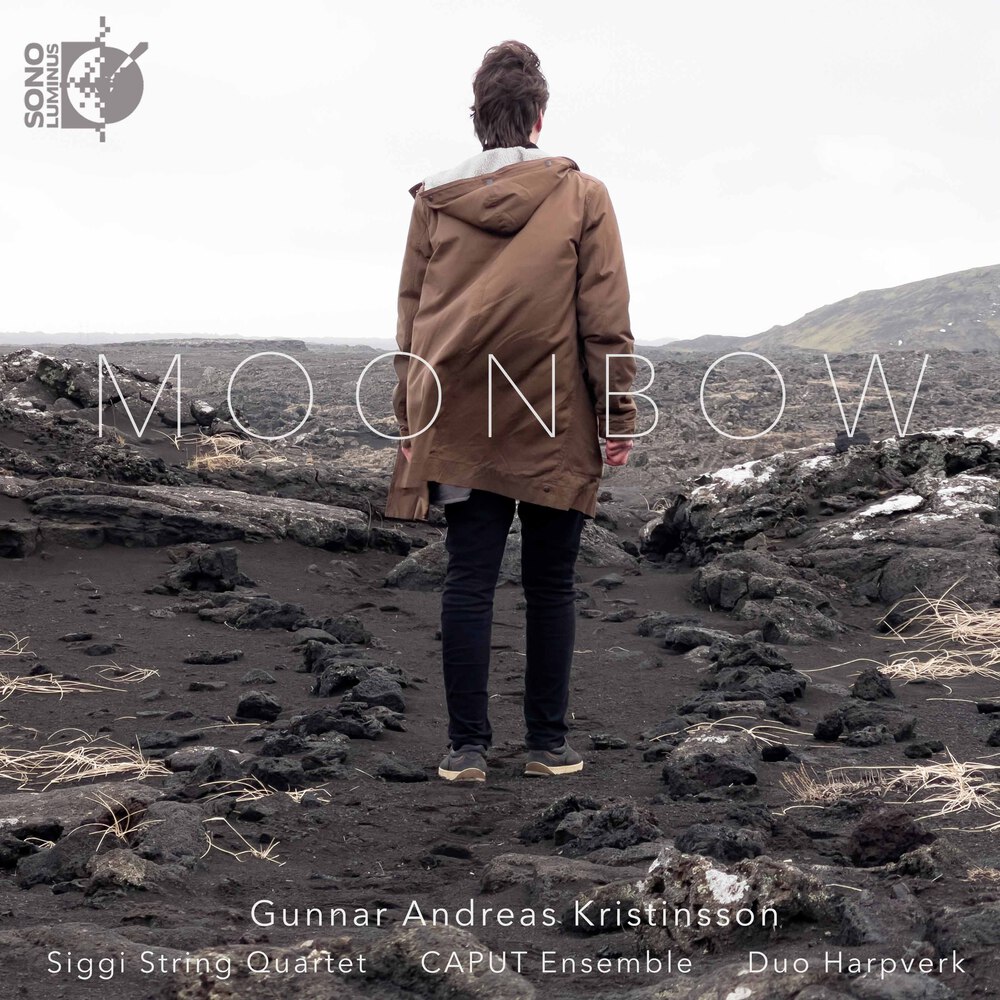 Available in 352.8 kHz / 24-bit, 192 kHz / 24-bit, 96 kHz / 24-bit AIFF, FLAC and 5.6448 MHz, 2.8224 MHz DSD high resolution audio formats
Moonbow is Gunnar Andreas Kristinsson’s second album, the first to be released on a major label. The music, performed by leading members of the Icelandic contemporary music scene, was recorded in Kaldalón and Norðurljós, the two recital halls of Harpa Reykjavik Concert Hall. While Gunnar’s first album, Patterns, contains pieces from his study and freelance years in The Hague, Moonbow is a selection of more mature works from a fruitful period in the composer’s life after moving back to Iceland in 2009, with all the experience from the Netherlands in his pocket. The album features a trio, a quartet and a quintet, flanked by two larger ensemble pieces. The works are diverse, not only in terms of instrumentation but also in terms of musical subject and give a good insight into Gunnar’s distinctive and personal sound-world. With his sensitive insight, Gunnar Andreas Kristinsson has developed a unique and personal style through the years. Typical for his music are unfolding processes, passages that transform smoothly from one texture to another, shifting between contrasting moods. Another characteristic is strictly constructed, multi-layered, continuous movements with musical elements being drawn in and out of the foreground through instrumentation and articulation. Textures woven out of rhythmic and melodic patterns, like patchwork, is yet another distinctive feature. Gunnar has been described as a ‘strong Icelandic voice with a fresh and bold imagination’. His music has been praised for being vivid and inventive, highly original, pleasantly coherent, purposefully constructed, filled with mystique and magical power.
352.8 kHz / 24-bit, 192 kHz / 24-bit, 96 kHz / 24-bit PCM and 5.6448 MHz, 2.8224 MHz DSD – Sono Luminus Studio Masters