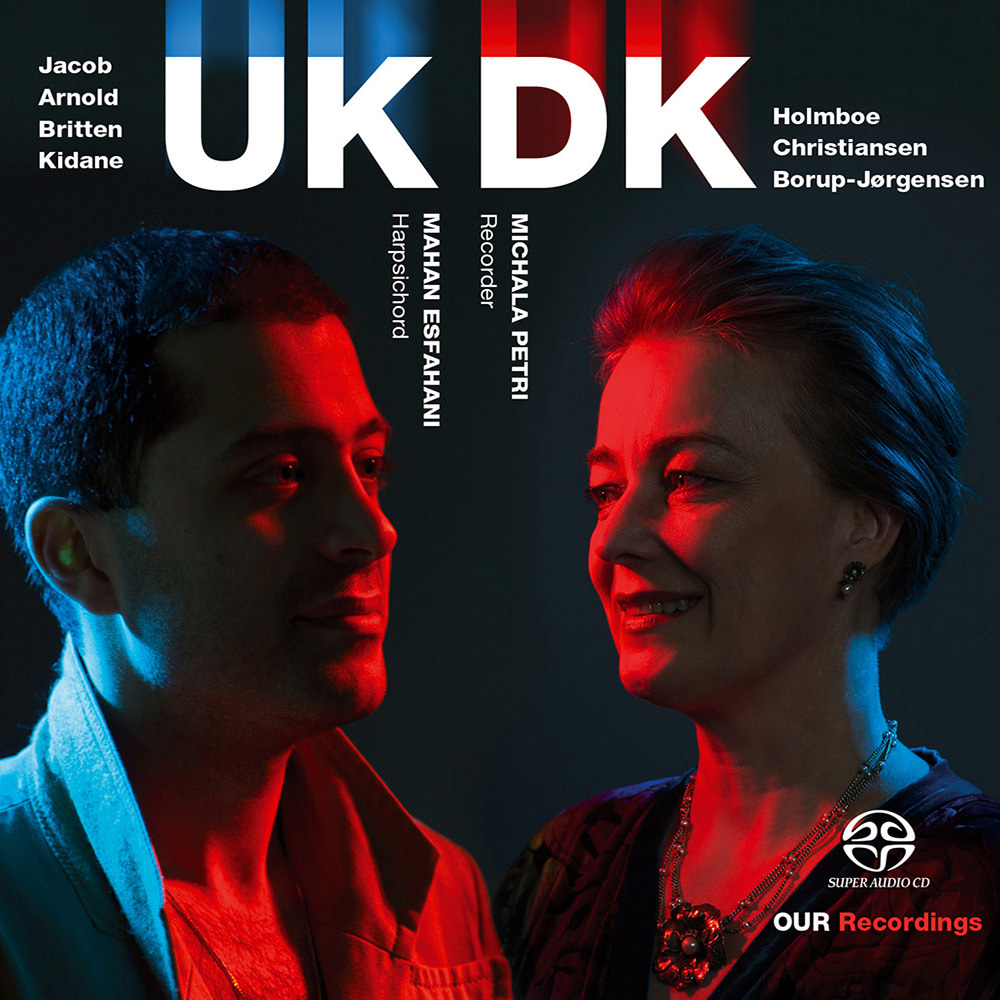 Available in 88.2 kHz / 24-bit AIFF, FLAC high resolution audio formats
Visionary recorder player Michala Petri and harpsichordist Mahan Esfahani join forces on this 2015 release featuring several pieces composed expressively for Petri. The recorder, despite its relatively simple design, enjoyed near-universal popularity from the Middle Ages to the Baroque and was played by prince and pauper alike. The harpsichord, on the other hand, is a marvel of engineering for its time; an extraordinary canvas upon which generations of composers wrote tone poems and toccatas, crafting contrapuntal mazes and virtuoso displays that still challenge the most skillful interpreter. But times and tastes change, and eventually, these quintessential representatives of the musical arts (along with most of their repertoire) were packed away during the 19th century. The idea for this album and its unusual programme was both personal and refreshingly spontaneous, combining music from Petri's native Denmark and Mahan's Britain. The fruitful collaboration of these two artists, distinguished for their consummate mastery of the entire range of repertoire for their chosen instruments, provided the additional inspiration to focus on 20th century and contemporary works.
88.2 kHz / 24-bit PCM – OUR Recordings Studio Masters