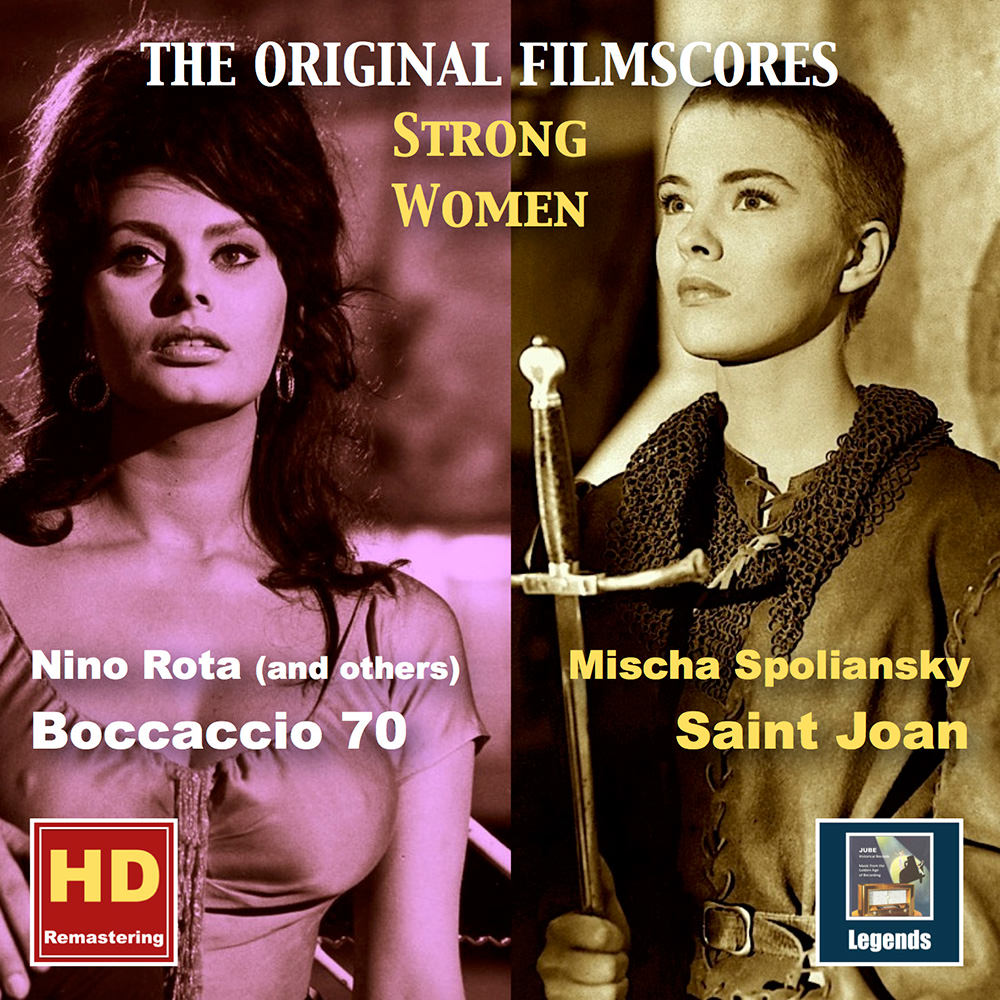 Regrettably, this album is not available
for sale at this time.
This remastered compilation brings together soundtracks by two acclaimed composers. First up is Mischa Spoliansky's music for Otto Preminger's 1957 movie Saint Joan, based on the George Bernard Shaw play. Also included is Academy Award-winning composer Nino Rota's score for the 1962 Italian film Boccaccio '70, featuring one segment directed by Rota's longtime associate Federico Fellini.

"The most precious collaborator I have ever had, I say it straightaway and don't even have to hesitate, was Nino Rota ... between us, immediately, a complete, total harmony ... he had a geometric imagination, a musical approach worthy of celestial spheres. He thus had no need to see images from my movies. When I asked him about the melodies he had in mind to comment one sequence or another, I clearly realized he was not concerned with images at all. His world was inner, inside himself and reality had no way to enter it."
- Federico Fellini
This album is a high-resolution digital transfer of material originating from an analogue recording. It may be limited in bandwidth and dynamic range by the technology available at the time of its original creation and is offered as a documentation of a historical release.