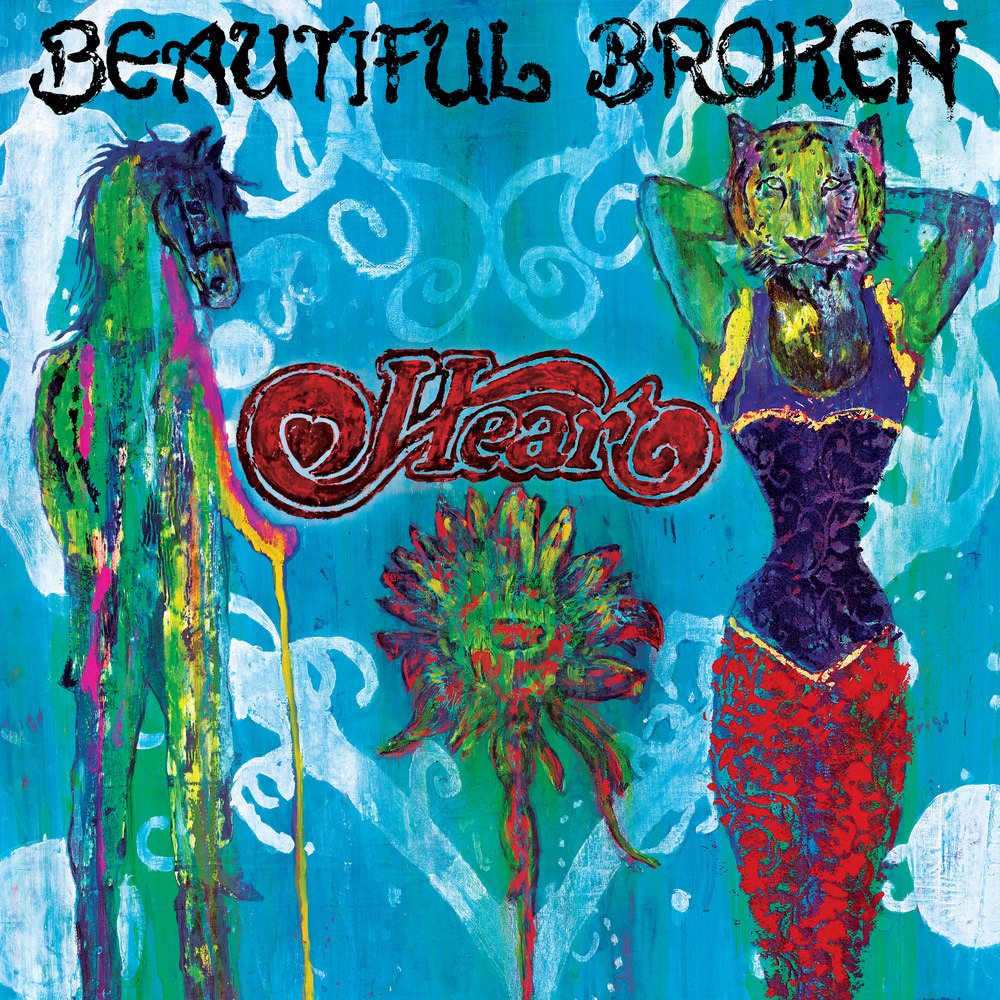 Available in 96 kHz / 24-bit AIFF, FLAC high resolution audio formats
"... (the title track is a) short, hard-rocking song ... the new version finds singer Ann Wilson trading verses about a hot mess of a woman amid jagged riffs with the Metallica frontman, who provides harmonies and the occasional breakout ..." - Rolling Stone "The results are engaging and energized ... Heart’s m.o. has always been to combine heavy, bluesy hard rock and lilting folk ... shades of Heart’s beloved Led Zeppelin emerge on (new song) Heaven, a heavy psychedelic dirge driven by a zoning sitar ... (the title track) sounds most urgent of all. A duet between Ann Wilson and Metallica‘s James Hetfield, the song pairs gnarly guitars, a ringing, wordless chorus and a gloriously ragged edge, due to the fact the vocalists match each other note for ferocious note and snarling attitude. In a just world, Beautiful Broken would be blasting out of car radios all summer ... but it’s incorrect to characterize Beautiful Broken as an exercise in nostalgia, because Heart aren’t resting on their laurels or coasting on past achievements ... by digging into the nooks and crannies of their catalogue, they’ve discovered new, fresh insights and creative motivation." - UltimateClassicRock.com Described by Nancy Wilson as "classic Heart," Beautiful Broken contains re-recordings of several of the band's own songs, both old and more recent, among them 1980's Down On Me and Sweet Darlin' and 1982's City's Burning. The title track, an update of a 2012 bonus song, features a rare guest appearance from singer James Hetfield of Metallica. In additional to the new versions of previously released material, the album includes three original tunes. "Those songs may have fallen through the cracks, in a way, because of where radio was at the time when they were first released. Rediscovering those songs, I found ways they emotionally still speak to me." - Ann Wilson
96 kHz / 24-bit PCM – Concord Records Studio Masters