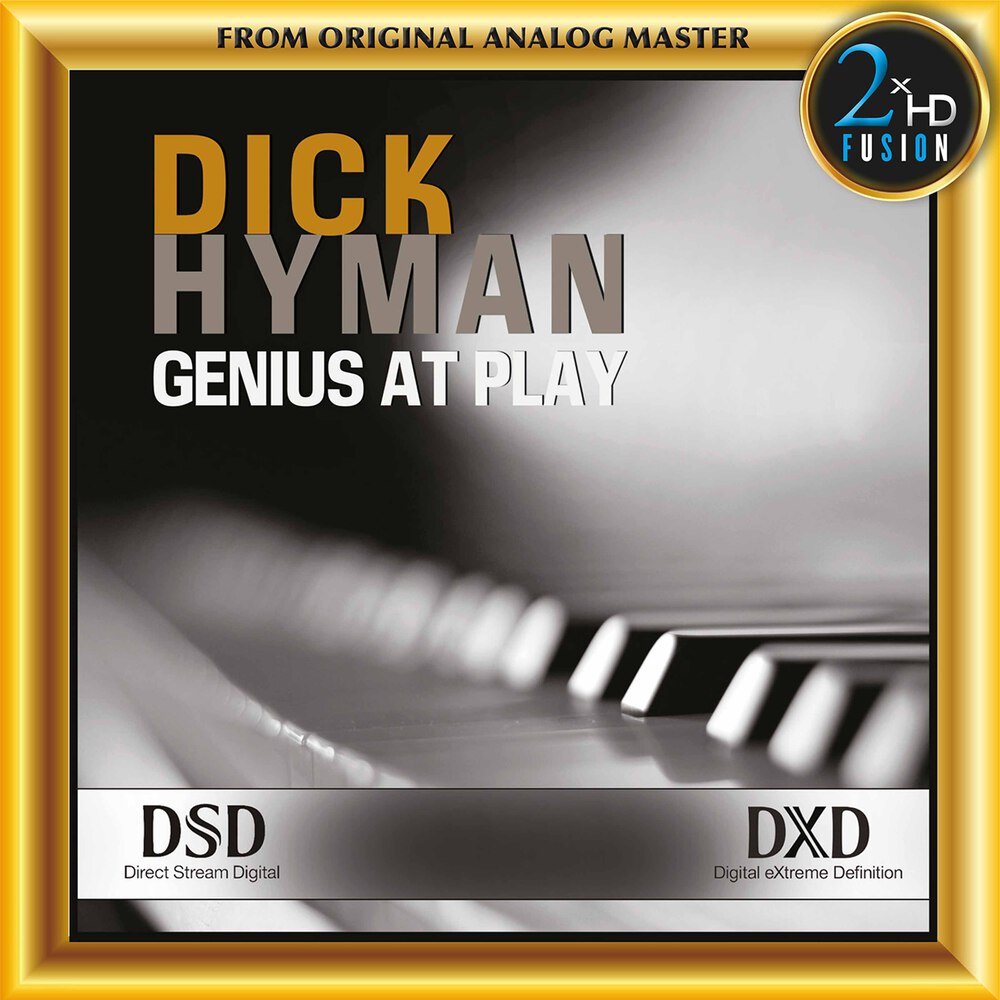 Available in 352.8 kHz / 24-bit, 192 kHz / 24-bit, 96 kHz / 24-bit AIFF, FLAC and 11.2896 MHz, 5.6448 MHz, 2.8224 MHz DSD high resolution audio formats
2xHD presents Dick Hyman: Genius At Play, a collection of improvised jazz pieces for solo piano by the musical 'Man for all Seasons', originally released on the Monmouth-Evergreen label in 1974. The legacy recording has been digitally transferred in pristine studio quality through 2xHD's trademark mastering process, re-introducing this classic offering for modern audiences! "[Dick] recorded all the material we are using in three consecutive sessions. We did not have to do any splicing, mixing, or 'fiddling' with the takes chosen, an experience new to me since the advent of tape, and a highly pleasing one to Dick. It would be superfluous to comment on the various improvised performances, as they speak for themselves. However, it should be pointed out that these are all titles he has not previously recorded, for each of which he feels a personal affinity, and which have been among his most requested numbers." - Bill Borden (From the Liner Notes - 1974)
352.8 kHz / 24-bit, 192 kHz / 24-bit, 96 kHz / 24-bit PCM and 11.2896 MHz, 5.6448 MHz, 2.8224 MHz DSD – 2xHD Studio Masters