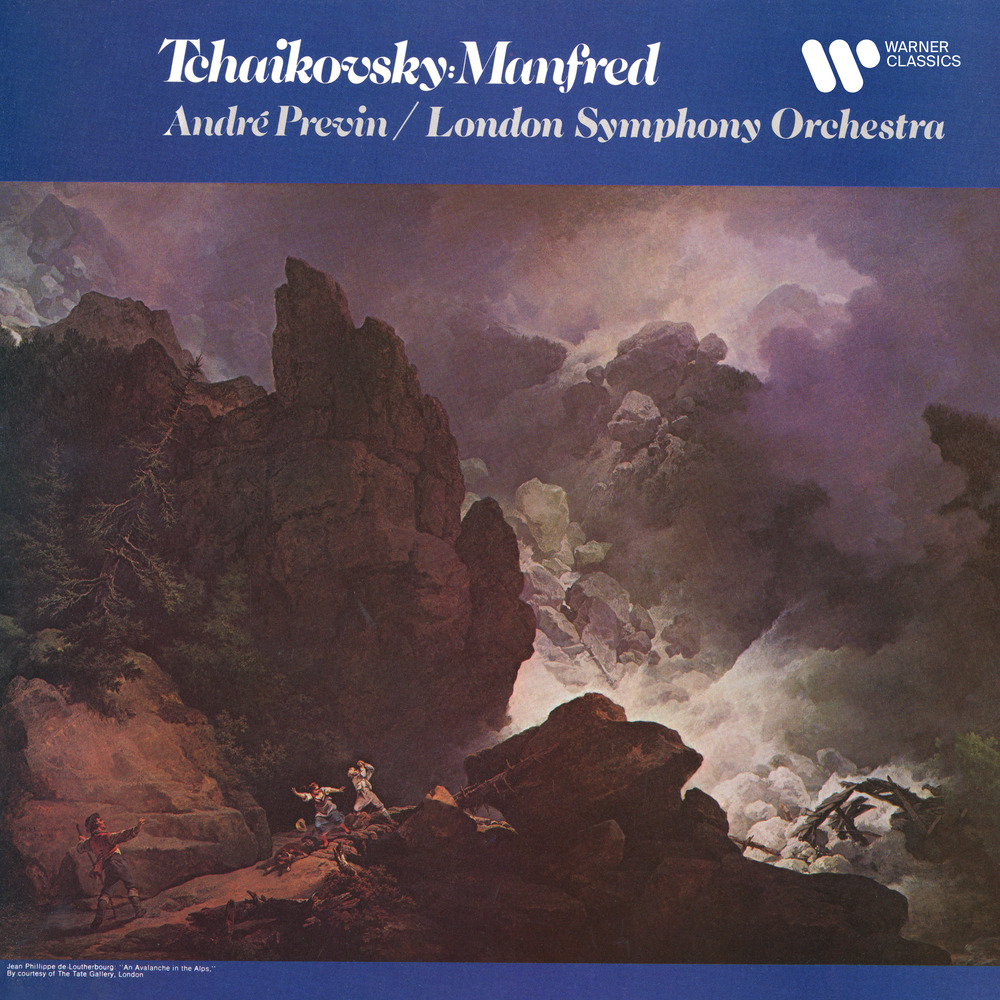 Available in MQA and 96 kHz / 24-bit AIFF, FLAC high resolution audio formats
André Previn heads the London Symphony Orchestra in this rendition of Pyotr Ilyich Tchaikovsky's programmatic work, the Manfred Symphony. The Manfred Symphony in B minor, Op. 58, is a programmatic symphony composed between May and September 1885. It is based on the poem "Manfred" written by Lord Byron in 1817. It is the only one of Tchaikovsky's symphonies he completed that is not numbered (the Symphony in E flat is a conjectural work left unfinished by the composer); it was written between the Fourth and Fifth Symphonies. The Manfred Symphony is the only programmatic symphonic work by Tchaikovsky in more than one movement. It is the largest of Tchaikovsky’s symphonies both in length and in instrumentation. He initially considered the work one of his best, and in a typical reversal of opinion later considered destroying all but the opening movement. The symphony was greeted with mixed reviews, some finding much to laud in it, and others feeling that its programmatic aspects only weakened it. Manfred remained rarely performed for many years, due to its length and complexity. It has been recorded with increasing frequency but is still seldom heard in the concert hall.
96 kHz / 24-bit PCM – Warner Classics Studio Masters