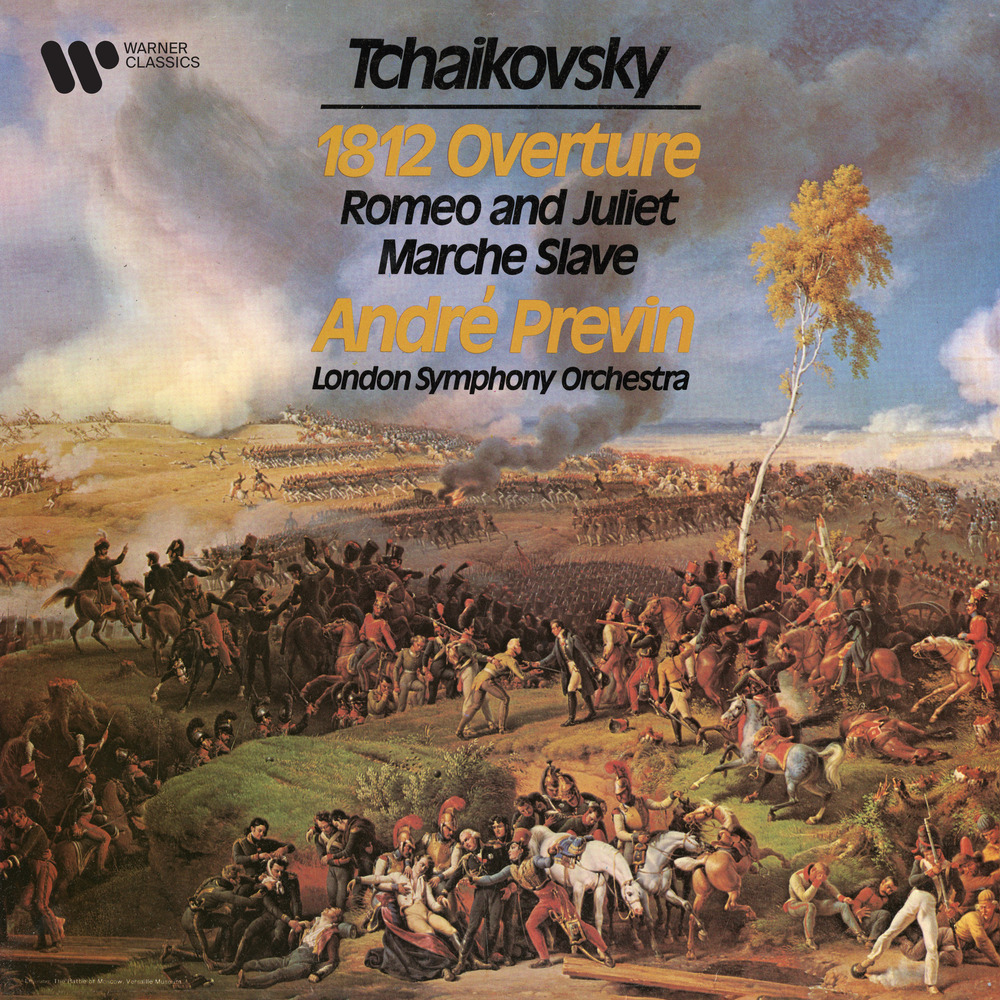 Available in MQA and 96 kHz / 24-bit AIFF, FLAC high resolution audio formats
André Previn heads the London Symphony Orchestra in this programme of great works from Pyotr Ilyich Tchaikovsky. The 1812 Overture was composed in 1880 to commemorate the successful Russian defense against Napoleon's invading Grande Armée in 1812. The 15-minute overture is best known for its climactic volley of cannon fire, ringing chimes, and a brass fanfare finale. Romeo and Juliet is styled an Overture-Fantasy, and is based on Shakespeare's play of the same name. The Overture's love theme has been influentially used in many television series and movies. The Marche slave is an orchestral tone poem written in 1876 to celebrate Russia's intervention in the Serbo-Turkish War.
96 kHz / 24-bit PCM – Warner Classics Studio Masters