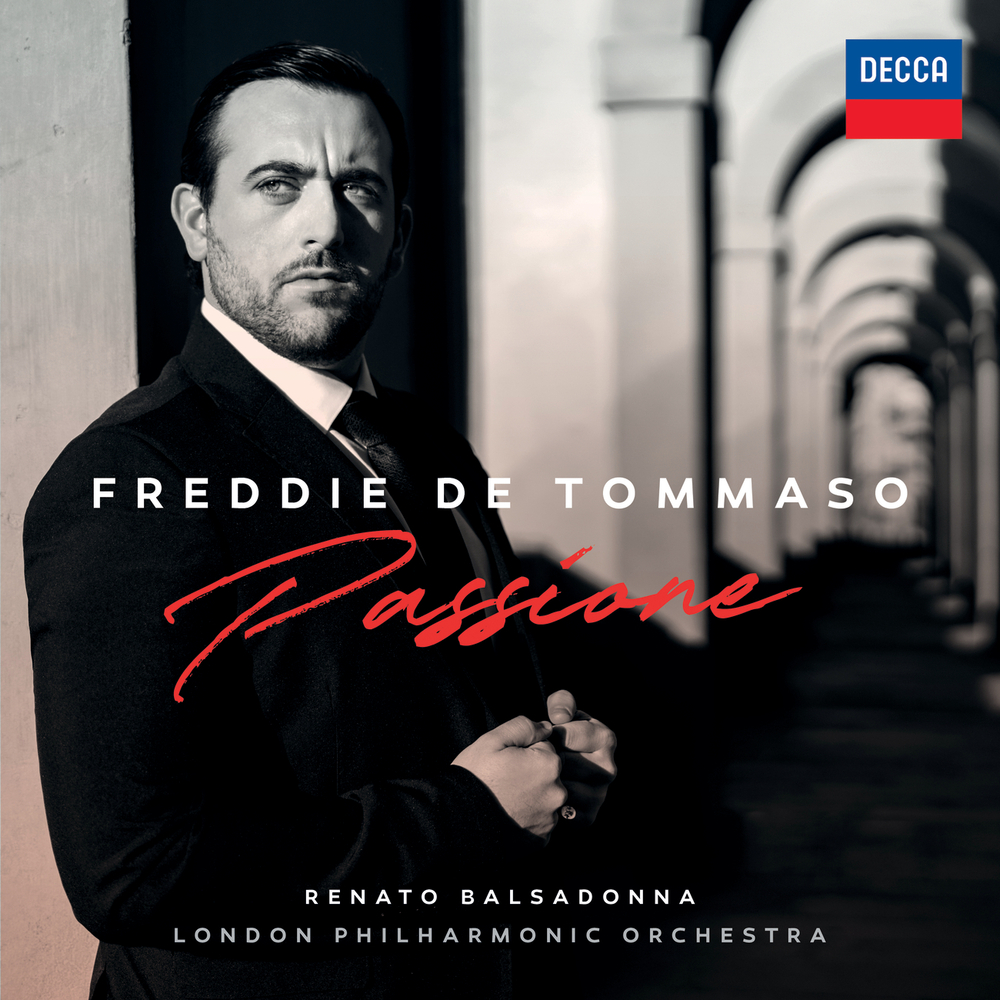 Available in 96 kHz / 24-bit AIFF, FLAC high resolution audio formats
"…[he] sounds like a youthful Italian Domingo with a gorgeous baritonal quality to the lower end, building up to a heart-rending top.” - Opera Now Decca Classics releases the debut album of 27-year-old British-Italian tenor Freddie De Tommaso, arguably the most exciting lyrico spinto tenor to emerge in over a decade. His album Passione, pays homage to his great hero Franco Corelli, born a century ago in Ancona, Italy on 8th April 1921. Freddie De Tommaso is a graduate of the Royal Academy of Music and won First Prize, the Plácido Domingo Tenor Prize and the Verdi Prize at the 2018 Francisco Viñas International Singing Competition in Barcelona. He was a member of the Young Singer Academy at the Salzburg Festival in 2018 and went on to join the studio of the Bayerische Staatsoper for the 18/19 season. De Tommaso performed at the Royal Opera House, Covent Garden in December 2019 as Cassio in Verdi’s Otello and headlined the re-opening of the Wiener Staatsoper in September 2020 as Pinkerton in Madama Butterfly. The Financial Times wrote, “Freddie De Tommaso sang so vividly that Cassio for once became a character who gets noticed” and BR Klassik hailed him a “bombshell voice”.
96 kHz / 24-bit PCM – Decca Music Group Studio Masters