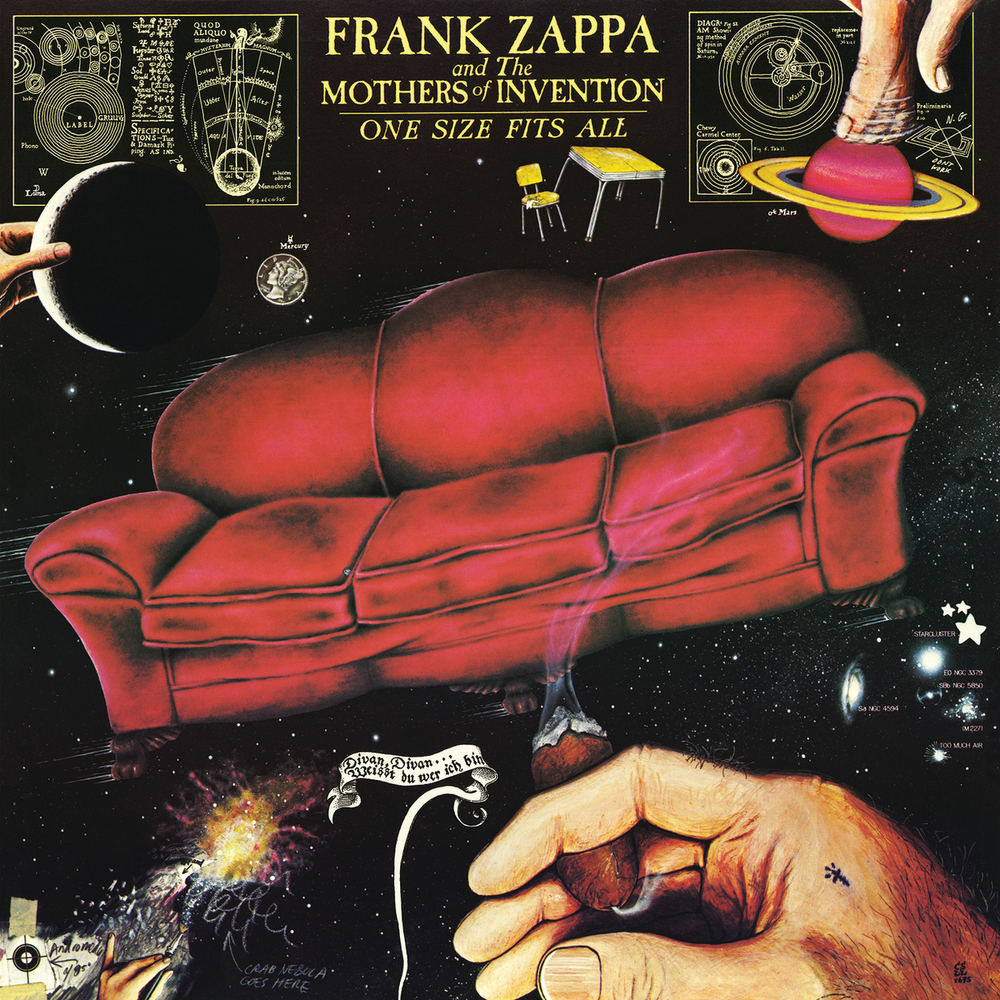 One Size Fits All

Available in 192 kHz / 24-bit, 96 kHz / 24-bit AIFF, FLAC high resolution audio formats
In the career of all historically significant artists, there usually is a quintessential work that defines them — and may even redefine a genre. Frank Zappa accomplished this on virtually every one of his records, but One Size Fits All is a mother lode. It was the tenth and last studio album of the band. The album features the summer/fall 1974 lineup of the Mothers of Invention, with George Duke, Chester Thompson, Ruth Underwood, Tom Fowler and Napoleon Murphy Brock. One track features bassist James "Birdlegs" Youman, who stood in for Fowler when the bassist broke his hand while on tour. The album features one of Zappa's most complex tracks, "Inca Roads". One of Zappa's heroes, Johnny "Guitar" Watson, guests on two tracks (flambe vocals on the out-choruses of "San Ber'dino" and "Andy"). Captain Beefheart also appears under a pseudonym. Zappa stated in the liner notes that the album was recorded simultaneously with their next album, but this "next album" would be replaced by Bongo Fury, consisting mostly of live recordings with Beefheart from May 1975. From comments Zappa made in radio interviews in April 1975, it seems likely that the unreleased next album would have included "Greggery Peccary," which first appeared three years later on Studio Tan.
192 kHz / 24-bit, 96 kHz / 24-bit PCM – Frank Zappa Catalog Studio Masters