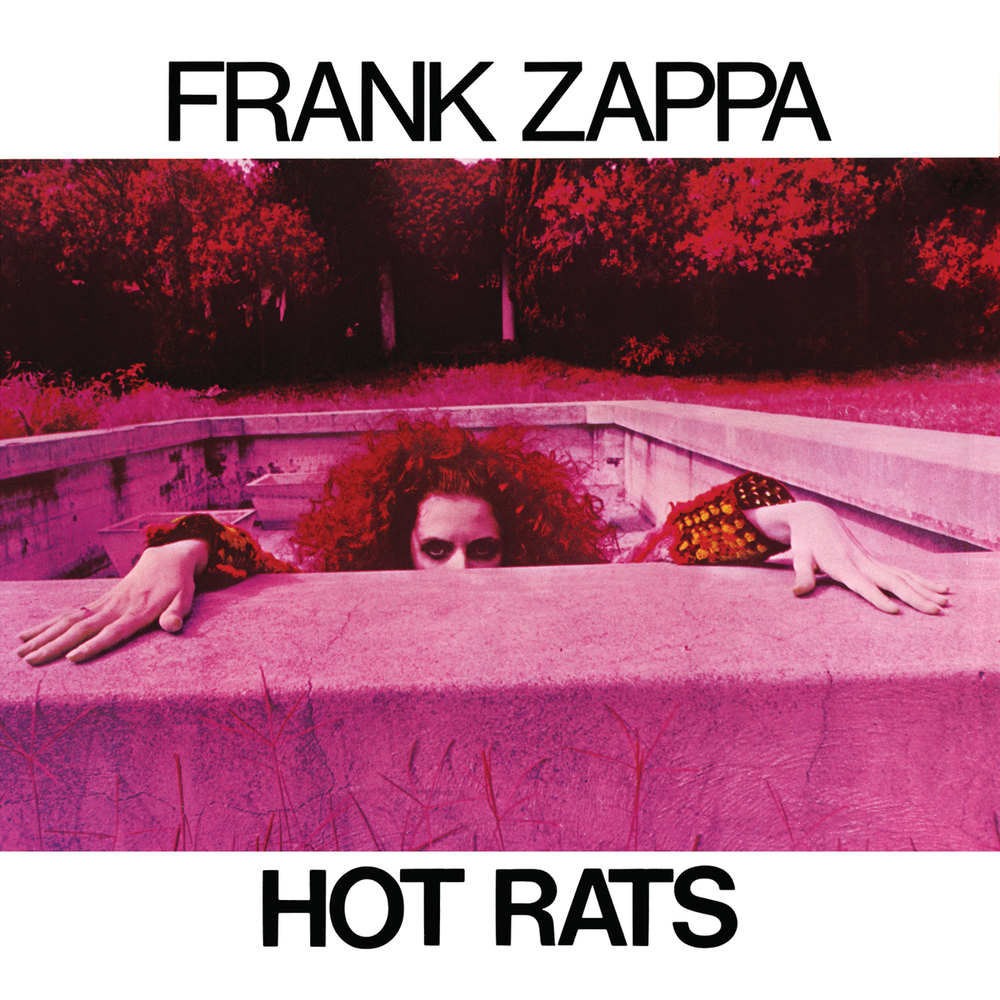 Available in 192 kHz / 24-bit, 96 kHz / 24-bit AIFF, FLAC high resolution audio formats
Released October 10, 1969, Hot Rats was the album that put Zappa on the map as a virtuosic guitarist and changed the course of music forever with its conceptual, compositional and technological innovations. Self-described as a “movie for your ears,” the mostly instrumental 1969 album was a new musical avenue for Zappa following the dissolution of his band The Mothers Of Invention as he melded the sophistication of jazz with the attitude of rock and roll to create a highly influential masterpiece widely hailed today as a pioneering album of jazz-rock fusion. Hot Rats was composed, arranged, and produced by Zappa who played guitar on all tracks and delivered extraordinary solos throughout. One of the best-selling albums of his career, the six-song record is made up of five instrumentals, including one of his most beloved works, “Peaches En Regalia.” Frequent Zappa collaborator Don Van Vliet aka Captain Beefheart provides his unmistakable vocals to lone non-instrumental, the skronky blues-rock number, “Willie The Pimp.” Star musicians on these sessions include multi-instrumentalist Ian Underwood, violinists Don “Sugarcane” Harris and Jean Luc Ponty, bassist Max Bennett, drummers Jon Guerin (Max and Jon played together in the famed fusion outfit L.A. Express), Paul Humphrey and Ron Selico, R&B pioneer Johnny Otis and his 15-year-old son, Shuggie Otis who lays down some astounding, ahead of his time bass lines on “Peaches En Regalia” and several other tracks.
192 kHz / 24-bit, 96 kHz / 24-bit PCM – Frank Zappa Catalog Studio Masters