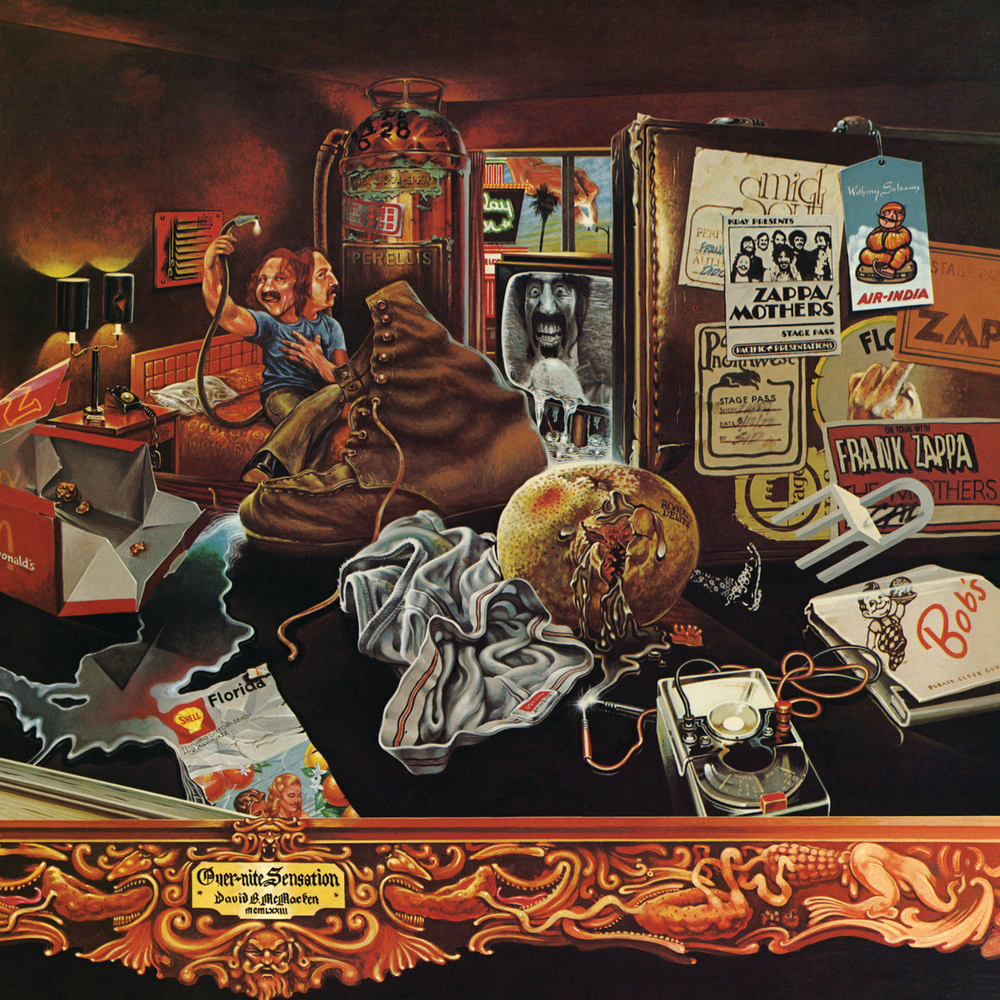 Available in 192 kHz / 24-bit, 96 kHz / 24-bit AIFF, FLAC high resolution audio formats
Over-Nite Sensation is a studio album by Frank Zappa and The Mothers of Invention, released in September 1973. It was followed by Zappa's solo album Apostrophe (') (1974), which was recorded during the same sessions. Frank Zappa wanted to use backup singers on the songs "I'm the Slime", "Dirty Love", "Zomby Woof", "Dinah-Moe Humm" and "Montana". His road manager suggested The Ikettes, and Ike & Tina Turner were contacted. Ike Turner insisted that Zappa pay the singers, including Tina Turner, no more than $25 per song. However, an invoice shows that they were actually paid $25 per hour, and in total $187.50 each for 7 1/2 hours of service. During the recording sessions at Bolic Sound, Tina brought Ike into the studio to hear the highly difficult middle section of "Montana" which had taken the Ikettes a few days to learn and master. Ike listened to the tape and responded "What is this shit?" before leaving the studio. Ike later insisted that Zappa not credit the Ikettes on the released album.
192 kHz / 24-bit, 96 kHz / 24-bit PCM – Frank Zappa Catalog Studio Masters