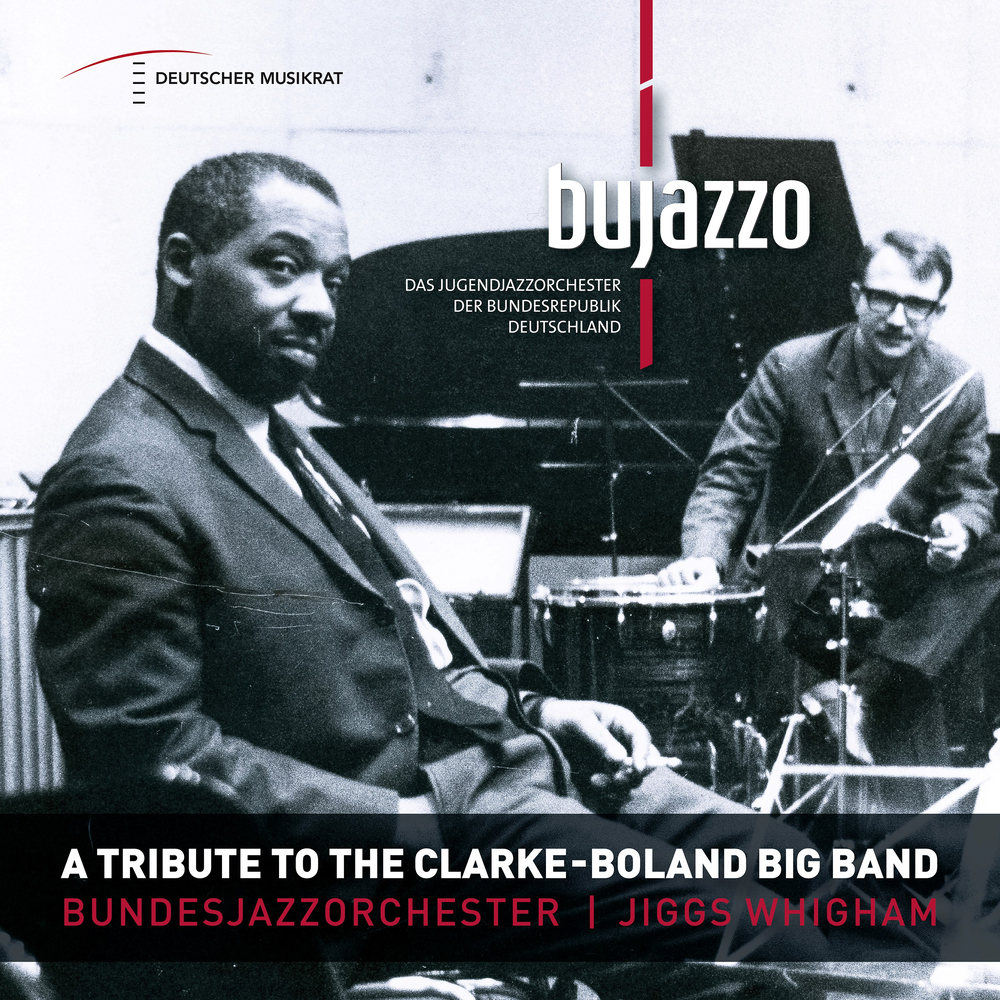 A Tribute to the Clarke - Boland Big Band

Available in 96 kHz / 24-bit AIFF, FLAC high resolution audio formats
The legendary Clarke-Boland Big Band, based on the American drummer Kenny Clarke and the Belgian pianist and arranger Francy Boland, was created in 1961 on the initiative of Pierluigi “Gigi” Campi, who was born in Italy and lived in Cologne. He promoted and produced the Clarke-Boland Big Band who, as an independent and unmistakable voice of jazz, set standards in Europe and beyond. In 2018, the Campi family bequeathed the important legacy of Gigi Campi - consisting of several boxes of handwritten original sheet music from the Clarke-Boland Big Band - to the Bundesjazzorchester. This great honor allows the BuJazzO to preserve the legacy of the Clarke-Boland Big Band.In 2019, a first focus was dedicated to this treasure: Jiggs Whigham personally selected the titles for the program from the archive. Contemporary witnesses Manfred Schoof and Erik van Lier, former members of the Clarke-Boland Big Band, were invited to the rehearsal phase in March. Afterwards, the BuJazzO 2019 played twelve concerts whose extraordinary moments, energy and passion are documented live on this album.
96 kHz / 24-bit PCM – Double Moon Records Studio Masters