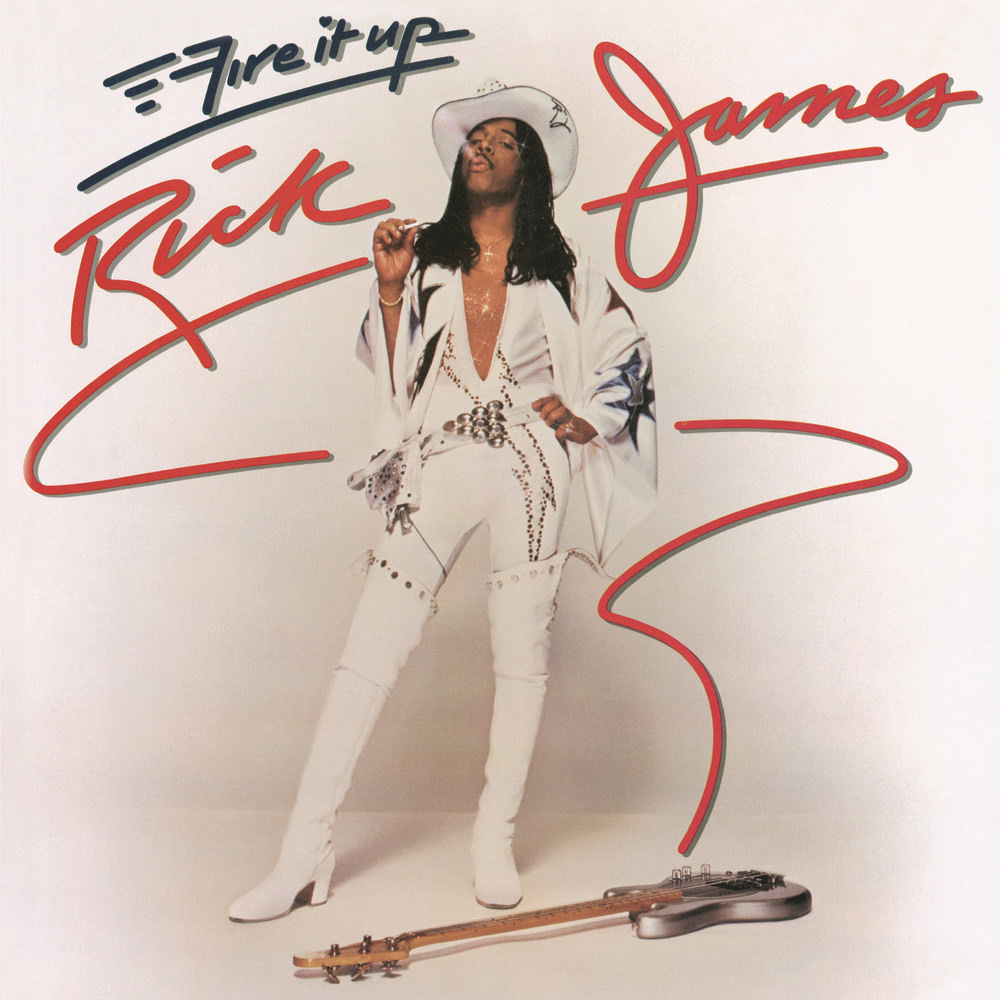 Available in 192 kHz / 24-bit, 96 kHz / 24-bit AIFF, FLAC high resolution audio formats
Billboard 200 - #34, 1979 "Almost effortlessly, Rick James was on a roll ... he also continued to avoid the strong social commentary funk was known for earlier in the decade and showed no interest in creating a sci-fi alter-ego like George Clinton and his adventurous space cadets band, Parliament. Instead, he composed his funk tunes as a marching band for freaks, one of his most commonly used adjectives." - PopMatters.com Long out of print, this 1979 release from Rick James broke into the Billboard top 40 and was certified gold in the US. The eagerly-awaited reissue Includes a bonus extended mix of the single Love Gun, a top 15 R&B success and top 40 dance hit. The album also contains Come Into My Life, another top 40 R&B song for James. Fire It Up is the third studio album by American musician Rick James, released on October 16, 1979, on the Motown sub-label Gordy Records. This album was certified gold by the RIAA, and between 1978 and 1982 was a period where Rick James established himself as the historical bridge between P-Funk and Prince.
192 kHz / 24-bit, 96 kHz / 24-bit PCM – UNI/MOTOWN Studio Masters