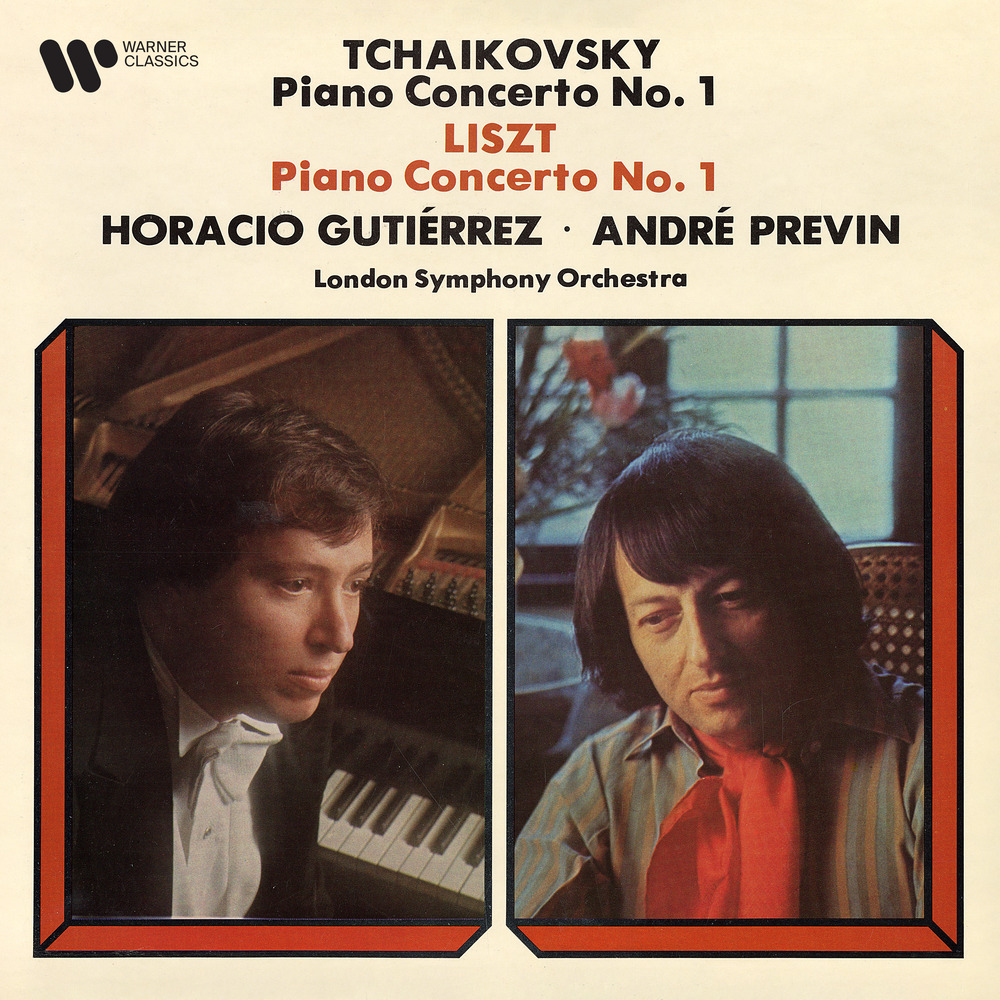 Available in MQA and 192 kHz / 24-bit, 96 kHz / 24-bit AIFF, FLAC high resolution audio formats
Cuban-American pianist Horacio Gutiérrez appears as soloist, supported by the London Symphony Orchestra under the direction of André Previn, in this rendition of Tchaikovsky's Piano Concerto No. 1, Op. 23 and Liszt's Piano Concerto No. 1. The Piano Concerto No. 1 in B♭ minor, Op. 23, was composed by Pyotr Ilyich Tchaikovsky between November 1874 and February 1875. It was revised in the summer of 1879 and again in December 1888. The first version received heavy criticism from Nikolai Rubinstein, Tchaikovsky's desired pianist. Rubinstein later repudiated his previous accusations and became a fervent champion of the work. It is one of the most popular of Tchaikovsky's compositions and among the best known of all piano concertos. Franz Liszt composed his Piano Concerto No. 1 in E♭ major, S.124 over a 26-year period; the main themes date from 1830, while the final version is dated 1849. The concerto consists of four movements and lasts approximately 20 minutes. It premiered in Weimar on February 17, 1855, with Liszt at the piano and Hector Berlioz conducting.
192 kHz / 24-bit, 96 kHz / 24-bit PCM – Warner Classics Studio Masters