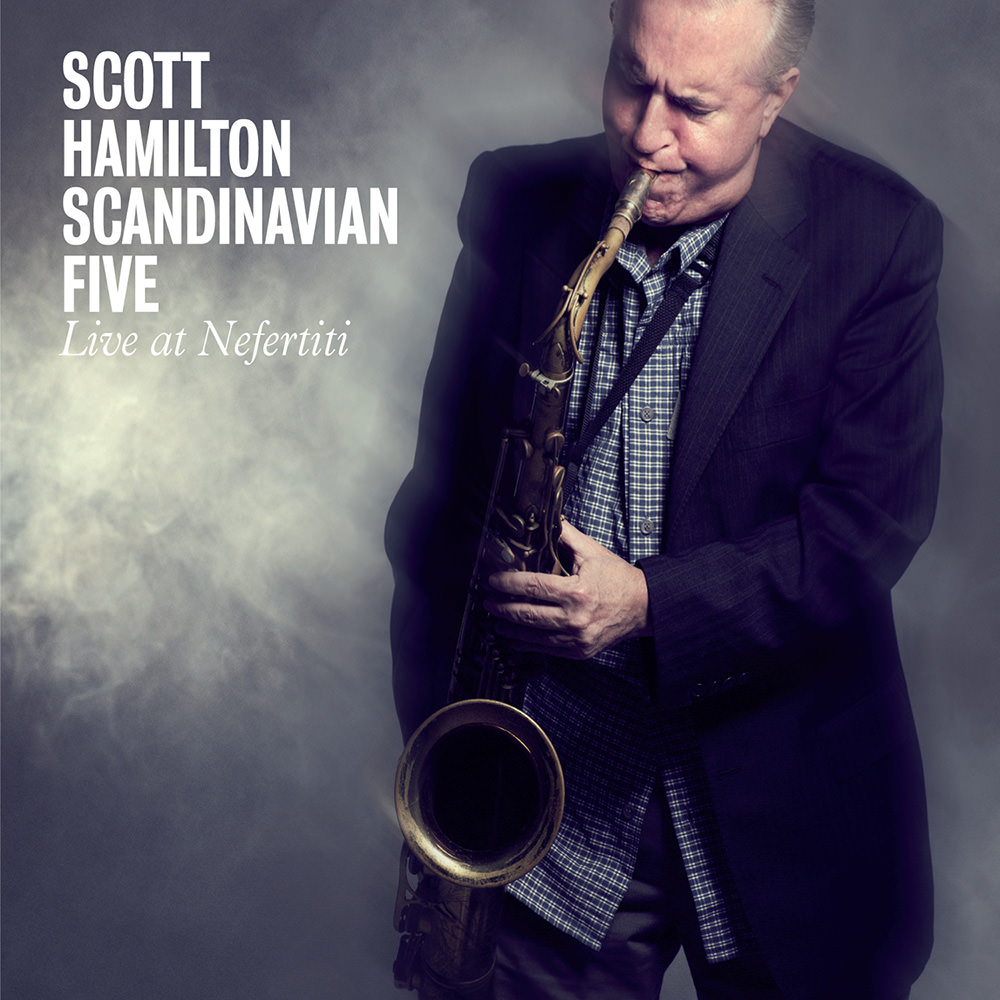 "Four Stars ... nobody carries the torch of tradition more elegantly than (Hamilton) ... Live At Nefertiti finds the saxophonist dipping into unknown waters, though not in terms of genre, where he's still swinging as strong as ever ... a stellar team (brings) shimmer and depth to the recording whose intimacy is further enhanced by the live setting ... Hamilton is not only a storyteller, he is also a listener. In fact, all the musicians in the group listen to each other with great empathy ... the whole package is hard to beat when it comes to getting an introduction to an important traditionalist who still plays the sounds from the past as fresh as if they were the music of tomorrow."
- All About Jazz

Tenor saxophonist Scott Hamilton recorded and videotaped this memorable live set at the Nefertiti jazz club in Gothenburg, Sweden in December 2007. He is accompanied on six extended jazz standards and covers by his quintet the Scandinavian Five, consisting of guitarist Ulf Wakenius and pianist Jan Lundgren from Sweden along with bassist Jesper Bodilsen and drummer Kristian Leth from Denmark.
48 kHz / 24-bit PCM – Stunt Records Studio Masters