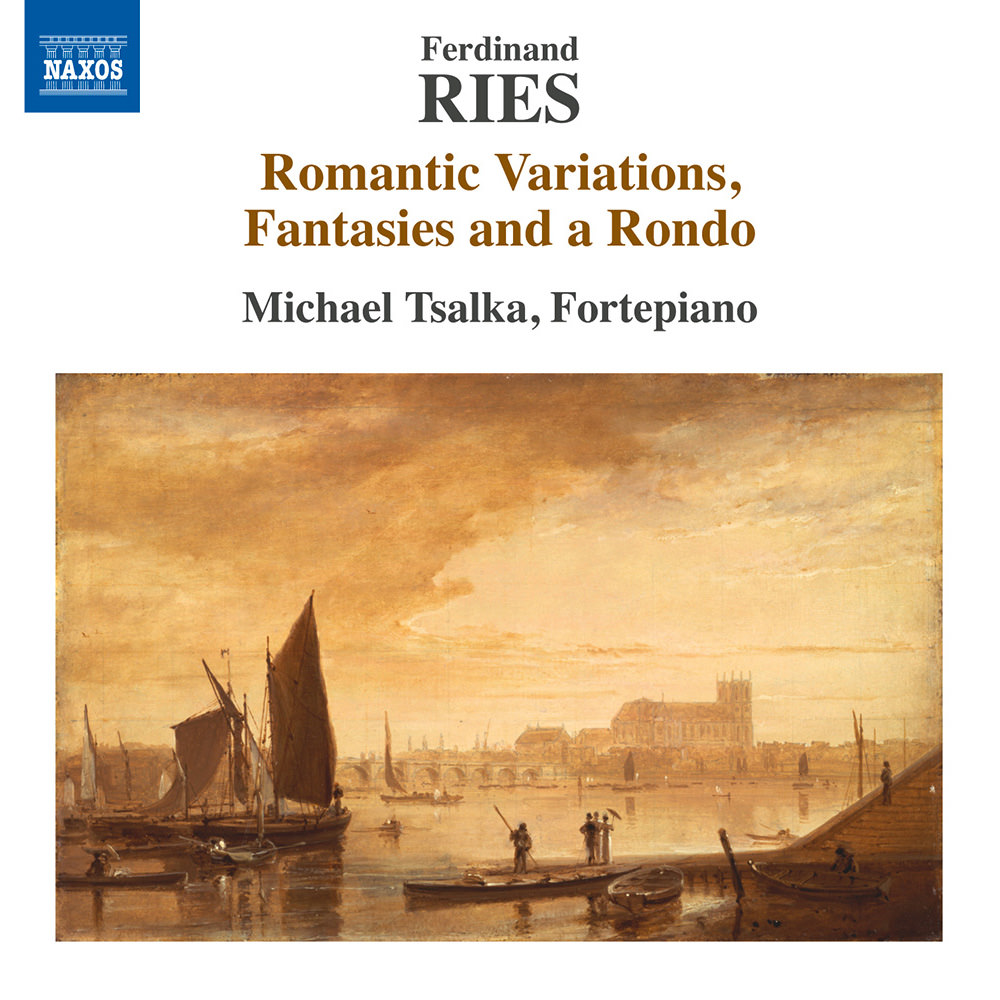 Available in 88.2 kHz / 24-bit AIFF, FLAC high resolution audio formats
Keyboardist Michael Tsalka devotes this album to virtuoso pianist Ferdinand Ries, a celebrated student of Beethoven who established an innovative technical approach to the interpretation of the fortepiano. The majority of the variation sets, fantasies and rondos on this recording were composed in the first two decades of the 1800s during an era that saw the emergence of the new square pianos, which created a hunger for domestic music making. Ries responded with catchy variations on popular themes and technically challenging fantasias that gave full rein to his musical imagination. They add another dimension to the appreciation of the man Robert Schumann praised for his "remarkable originality."
88.2 kHz / 24-bit PCM – Naxos Studio Masters