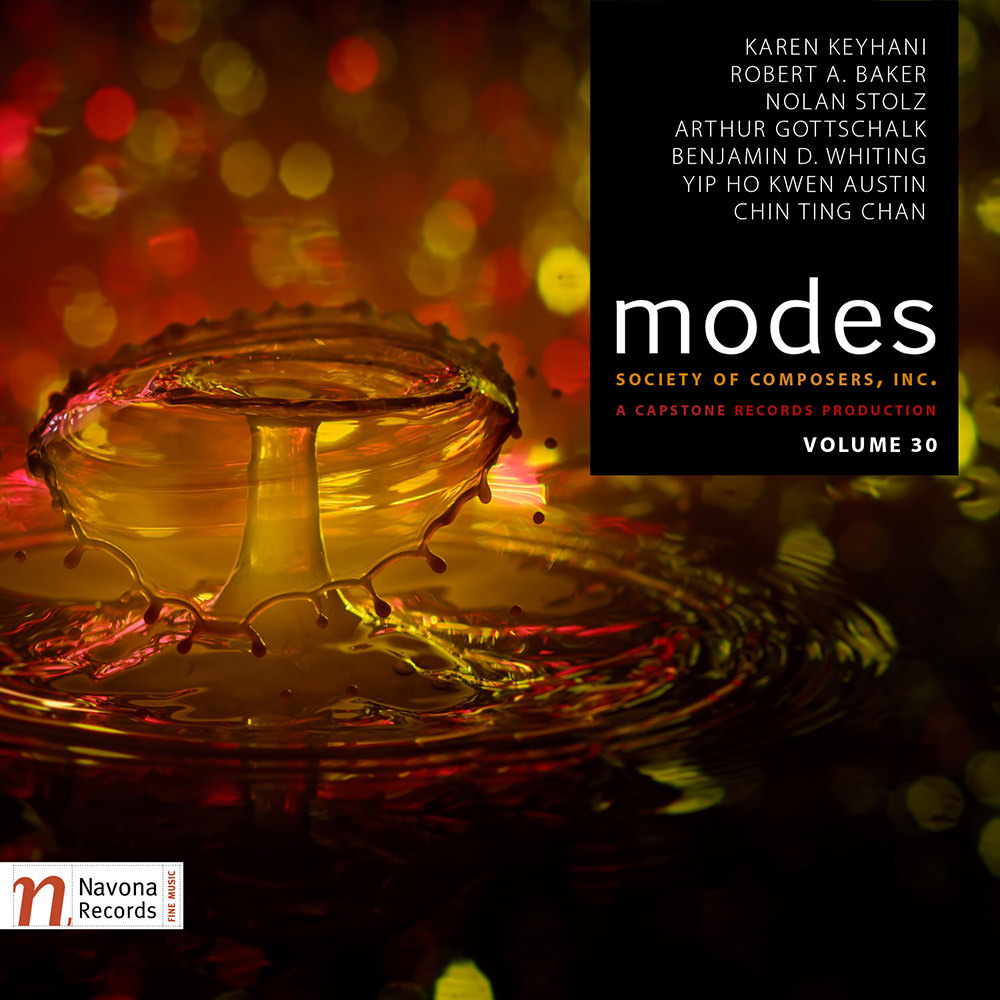 Available in 44.1 kHz / 24-bit AIFF, FLAC audio formats
Modes is the 30th edition of the celebrated Society of Composers, Inc. series, containing a diverse array of compositions with influences from around the world and experiences that are fresh and thrillingly avant-garde. The album’s contributions span the globe, showcasing exciting musical elements ranging from an ancient Chinese zither-like instrument to the Persian santour. Nolan Stolz’s Princess Ka‘iulani calls on the soloist to sing, speak and whisper fragments of Hawaiian words and phrases into a flute, while Arthur Gottschalk’s song cycle for soprano and string quartet, Five Songs of Love, features poems from diverse sources including Chilean poet Pablo Neruda. The works presented here vividly display each composer's unique blend of understanding, ingenuity and craft.
44.1 kHz / 24-bit PCM – Navona Studio Masters