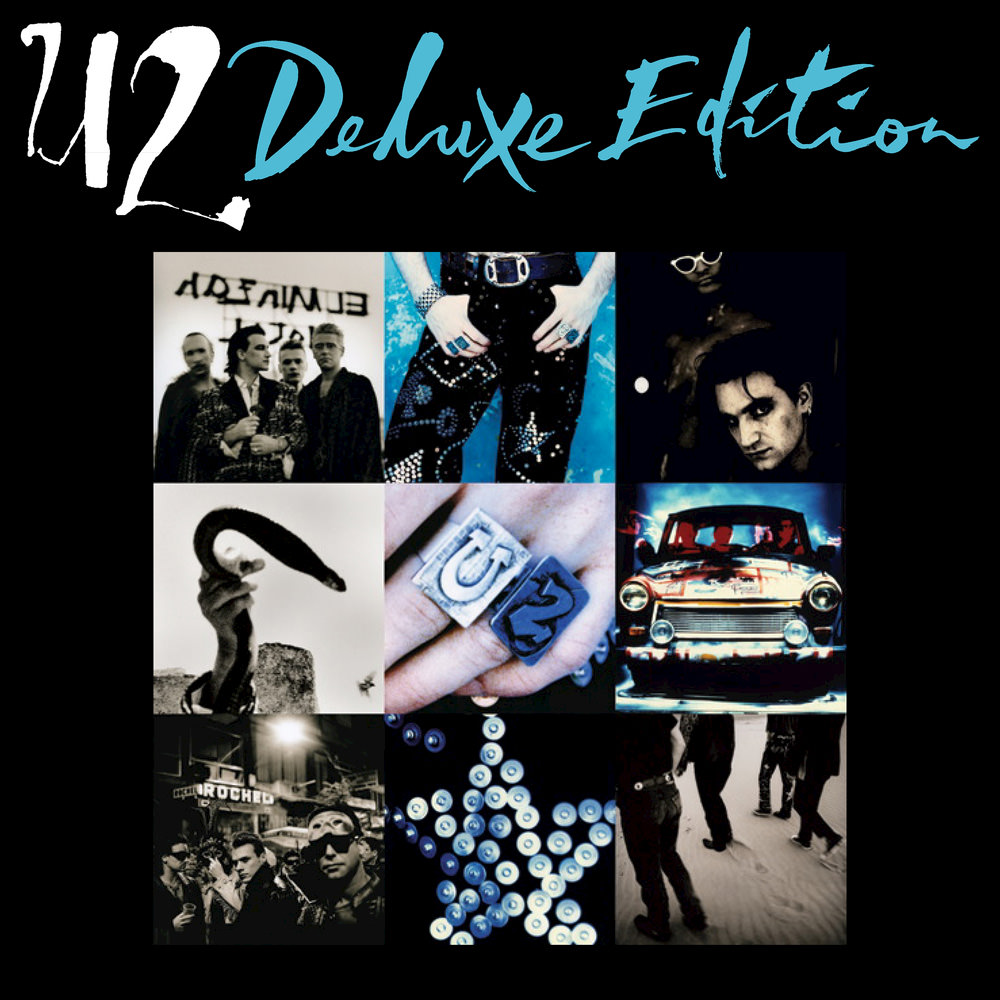 Available in 44.1 kHz / 24-bit AIFF, FLAC audio formats
"Four Stars ... there is a transitional feel to parts of the album that makes it resemble 1984's experimental The Unforgettable Fire rather than the more assured vision of The Joshua Tree ... (some tracks) clearly rank with the finest moments in U2's body of work. The vision remains." - Los Angeles Times "... refreshingly personal ... deeper and denser than any of the band’s previous releases ... a musical consolidation as well ... building blocks are monstrous guitar noises, ethereal atmospherics and electronic vocal distortions ... the extravagant stylings and wild emotings of One put it among Bono’s most dramatic moments on record ... a pristinely produced and surprisingly unpretentious return by one of the most impressive bands in the world. A." - Entertainment Weekly "... U2 is once again trying to broaden its musical palette, but this time its ambitions are realized ... U2 sets out to experiment rather than pay homage. In doing so, the band is able to draw confidently and consistently on its own native strengths ... Mysterious Ways is a standout among these songs, sporting an ebullient hook ... Edge's boldness on Achtung is key to the album's adventurous spirit ... few bands can marshal such sublime power (as on the radiant ballad One), but it's just one of the many moments on Achtung Baby when we're reminded why, before these guys were the butt of cynical jokes, they were rock and roll heroes, as they still are." - Rolling Stone Rolling Stone called the adventurous and at times experimental Achtung Baby one of U2's three masterpieces, alongside The Joshua Tree and All That You Can't Leave Behind. Commercially, Achtung Baby remains the band's second most successful release after The Joshua Tree with worldwide sales exceeding 18 million copies. The Grammy-winning album debuted at number one in the US and spawned five hit singles, including One, U2's highest song on the Rolling Stone list of the 500 greatest songs of all time, ranked at number 36. This deluxe edition contains 14 bonus tracks.
44.1 kHz / 24-bit PCM – Everything to Everyone Studio Masters