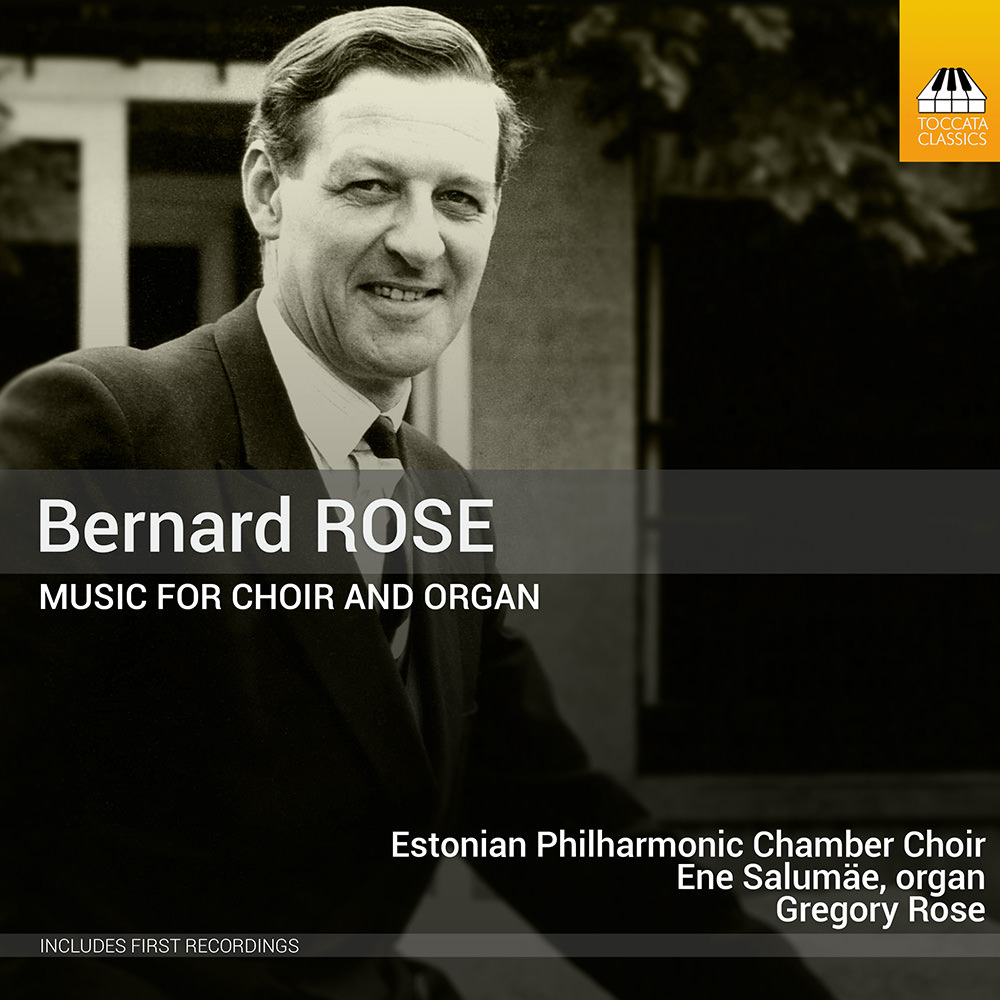 Available in 96 kHz / 24-bit AIFF, FLAC high resolution audio formats
"Four Stars ... now we can explore some of (Rose's) lesser known works, each displaying his uncanny ability to push the boundaries of harmonic expression while staying firmly rooted in the Anglican tradition. His son, Gregory, conducts the Estonian Philharmonic Chamber Choir with unique insight ... introduces us to his father’s tender poetry settings and reminds us that Rose deserves greater recognition for his profound influence on English music making." - The Guardian This 2016 release marks the 100th anniversary of the birthday of Bernard Rose with several world premieres, sung by the Estonian Philharmonic Chamber Choir, one of Europe’s leading vocal ensembles, conducted by the composer’s own son, Gregory Rose. As conductor, trainer and composer, the senior Rose was one of the mainstays of English choral music in the second half of the 20th century. His compositions occupy an honourable place within the mainstream of the cathedral tradition, being both grounded in the past and leaning gently into the future while speaking its language of stylistic restraint and understated passion, occasionally flaring into moments of considerable drama.
96 kHz / 24-bit PCM – Toccata Classics Studio Masters