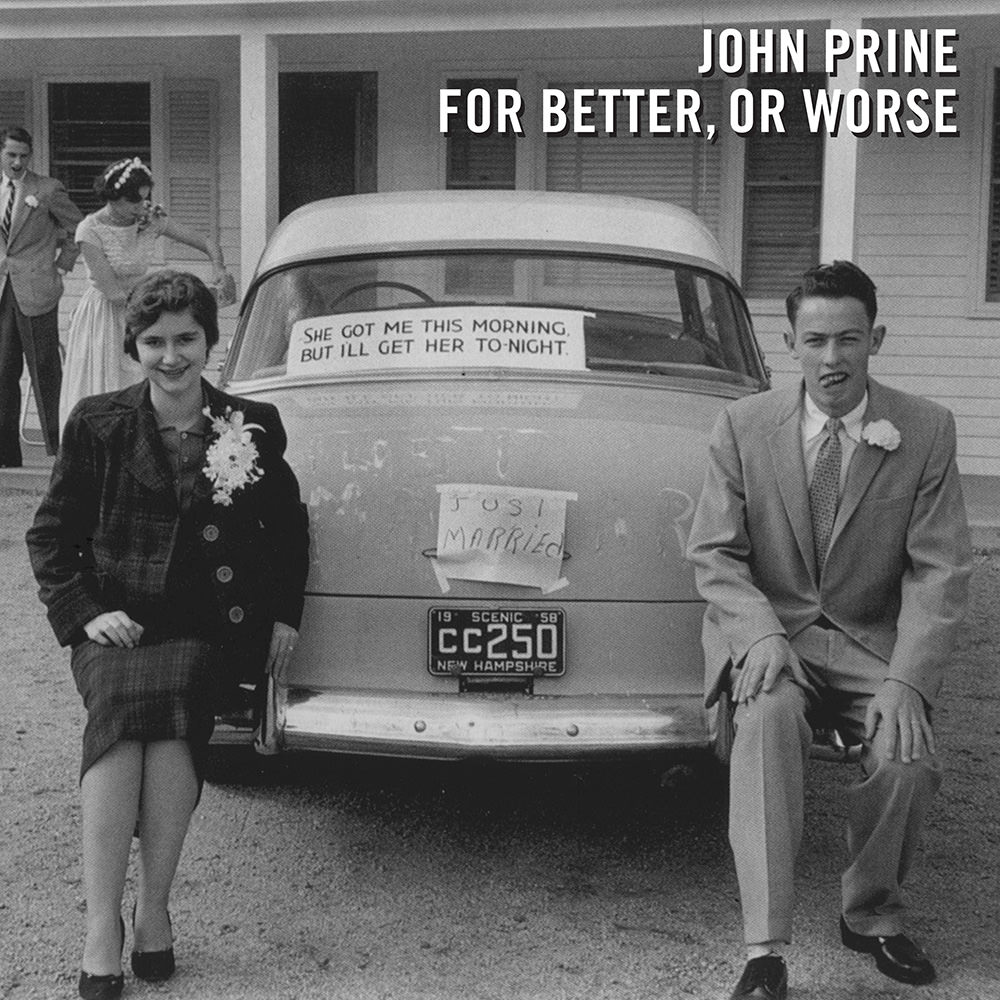 For Better, Or Worse

"... an anthology of classic country duets ... this marriage of Prine and the great country songbook is made in heaven."
- The Arts Desk

"... it seems he finds spiritual sustenance in singing his favourite old country songs with some gifted distaff duet partners ... just as he does with everything else, it's clear that Prine put together his wish list of collaborators for this project based on his own artistic inclinations ... unsurprisingly, he sounds comfortable and unassailably natural cavorting with country royalty ... everything that comes out of his mouth feels like a well-worn but treasured old anecdote shared between trusted friends or family members ... we should just be glad he's still among us and still making honest, emotionally impactful music, just like he's always done."
- NPR

Almost 20 years after his first album of duets with female singers, John Prine repeats the formula on For Better, Or Worse, joined by an impressive list of country sweethearts including Alison Krauss, Miranda Lambert, Kathy Mattea, Lee Ann Womack, Kacey Musgraves, Susan Tedeschi, Iris DeMent, Fiona Prine, Amanda Shires, Morgane Stapleton and Holly Williams. The Grammy-nominated Prine and his guests perform covers of classic songs originally done by artists like Hank Williams, George Jones and Buck Owens. With one exception, every duet was recorded live in the studio, as Prine says, "eyeball to eyeball with the band right around us."

"I cut my teeth on Hank Williams songs. When I sing these songs there is a small pipeline straight from my heart to my lips."
- John Prine
44.1 kHz / 24-bit PCM – Oh Boy Records Studio Masters