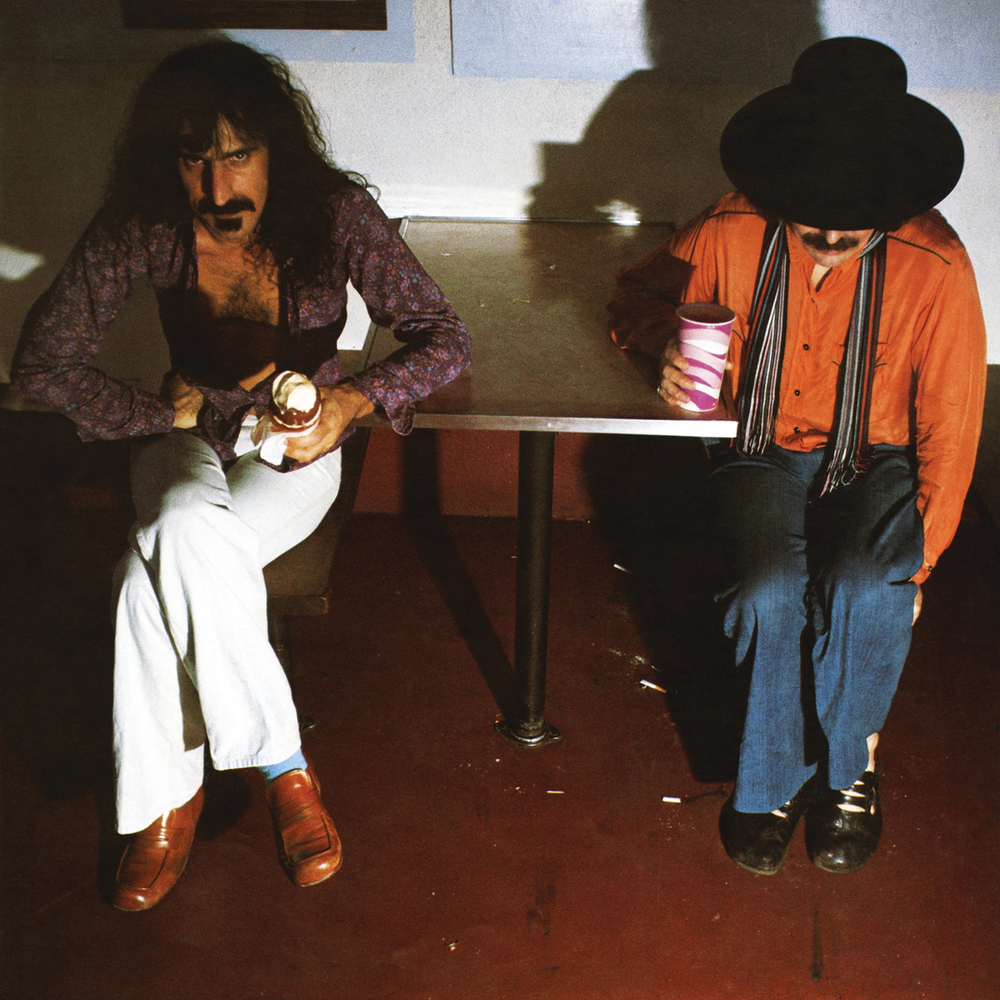 Available in 192 kHz / 24-bit, 96 kHz / 24-bit AIFF, FLAC high resolution audio formats
Bongo Fury is a collaborative album by American artists Frank Zappa and the Mothers, with Captain Beefheart, released in October 1975. The live portions were recorded on May 20 and 21, 1975, at the Armadillo World Headquarters in Austin, Texas. Tracks 5, 6 and 9 (intro only) are studio tracks recorded in January 1975 during the sessions which produced One Size Fits All (1975) and much of Studio Tan (1978). Speaking to Rolling Stone magazine early in the tour, Zappa revealed that Beefheart had made the initial contact, calling up to praise his 1974 album Apostrophe (’) and also to make amends for things once said. “He apologized for all the garbagio and asked for a job,” Zappa said, adding, “The Captain repented. He had been real confused.” Not that Beefheart’s job was a given: he initially failed auditions, thanks to what Zappa termed “a problem with rhythm”; finally, he “squeaked by” just before the tour kicked off. By the time they recorded Bongo Fury, however, the opposing forces had found a happy union. Beefheart emerged as an electric preacher man poised somewhere between haranguing the people and producing visionary incantations. Meanwhile, Zappa and the Mothers flexed their reliably assured musicianship, driven by newcomer Terry Bozzio on drums. Released on October 2, 1975, the album took three months to get notice in Rolling Stone, who panned it in a dismissive January 1, 1976 review. But Bongo Fury has since risen in stature and continues to give fans much to chew over: Zappa acolytes can argue for the supremacy of their hero on an album that catches the last gasp of one of his most celebrated line-ups; Beefheart fans can assert the artistic relevance of the Captain following the safe-playing outings Unconditionally Guaranteed and Bluejeans & Moonbeams.
192 kHz / 24-bit, 96 kHz / 24-bit PCM – Frank Zappa Catalog Studio Masters