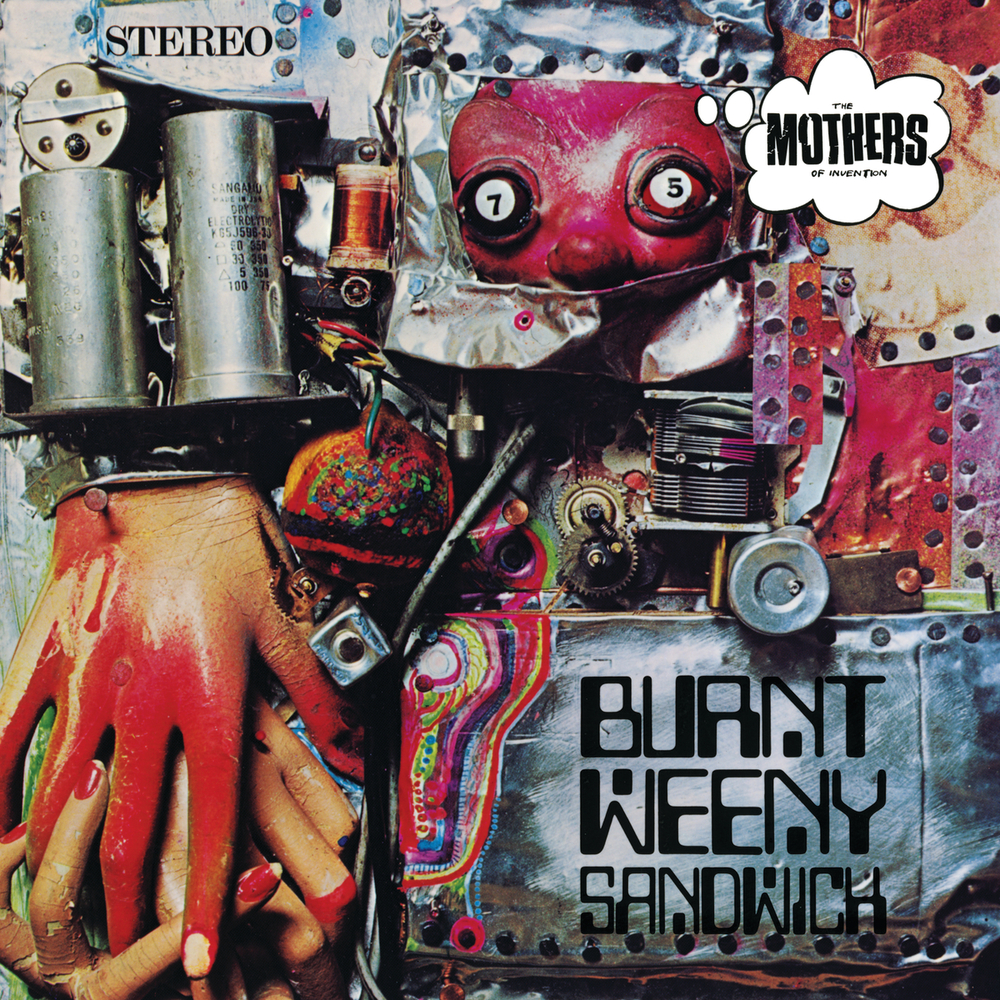 Available in 192 kHz / 24-bit, 96 kHz / 24-bit AIFF, FLAC high resolution audio formats
Burnt Weeny Sandwich is the sixth studio album by the American rock band the Mothers of Invention, and the ninth overall by Frank Zappa, released in 1970. It consists of both studio recordings and live elements. In contrast to the next album Weasels Ripped My Flesh, which is predominantly live and song-oriented, most of Burnt Weeny Sandwich focuses on studio recordings and tightly arranged compositions. The album's unusual title, Zappa would later say in an interview, comes from an actual snack that he enjoyed eating, consisting of a burnt Hebrew National hot dog sandwiched between two pieces of bread with mustard. The album was essentially a 'posthumous' Mothers release having been released after Frank Zappa dissolved the band. Ian Underwood's contributions are significant on this album. The album, like its counterpart Weasels Ripped My Flesh, comprises tracks from the Mothers vault that were not previously released.
192 kHz / 24-bit, 96 kHz / 24-bit PCM – Frank Zappa Catalog Studio Masters