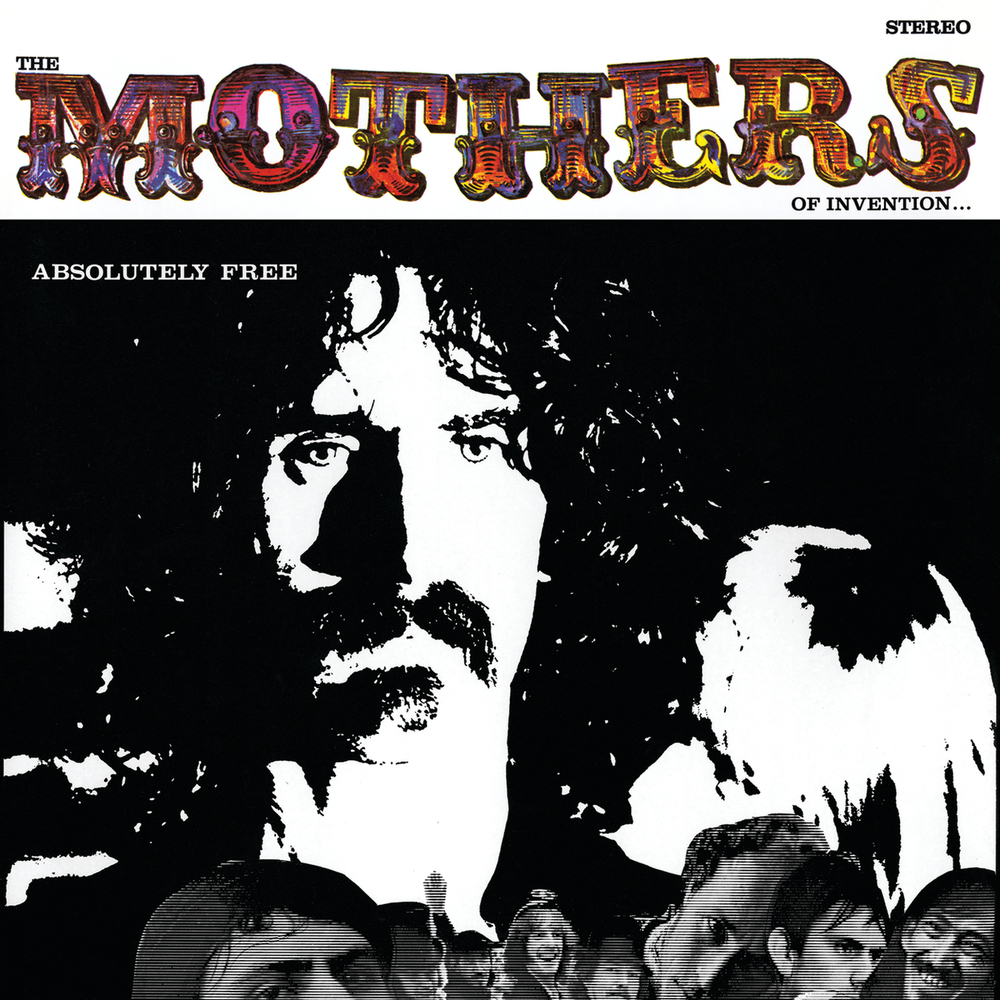 Available in 192 kHz / 24-bit, 96 kHz / 24-bit AIFF, FLAC high resolution audio formats
Absolutely Free is the second studio album by American rock band the Mothers of Invention, released on May 26, 1967 by Verve Records. Much like their 1966 debut Freak Out!, the album is a display of complex musical composition with political and social satire. The band had been augmented since Freak Out! by the addition of woodwinds player Bunk Gardner, keyboardist Don Preston, rhythm guitarist Jim Fielder, and drummer Billy Mundi; Fielder quit the group before the album was released, and his name was removed from the album credits. The album's emphasis is on interconnected movements, as each side of the original vinyl LP comprises a mini-suite. It also features one of the most famous songs of frontman Frank Zappa's early career, "Brown Shoes Don't Make It", a track which has been described as a "condensed two-hour musical". In the book Necessity Is..., former Mothers of Invention band member Ray Collins said that Absolutely Free is probably his favorite of the classic Mothers albums. "The one thing that I think is really good about our music is that the settings for the lyrics are so carefully designed. Supposing you had to listen to 'America Drinks and Goes Home' for a million times – it would drive you crazy, for one thing. But eventually, if you're the average stupid layman who hates music anyway, you might realize how perfect that setting is. Those words, man. Those things are so carefully constructed that it breaks my heart when people don't dig into them and see all the levels that I put into them." - Frank Zappa
192 kHz / 24-bit, 96 kHz / 24-bit PCM – Frank Zappa Catalog Studio Masters