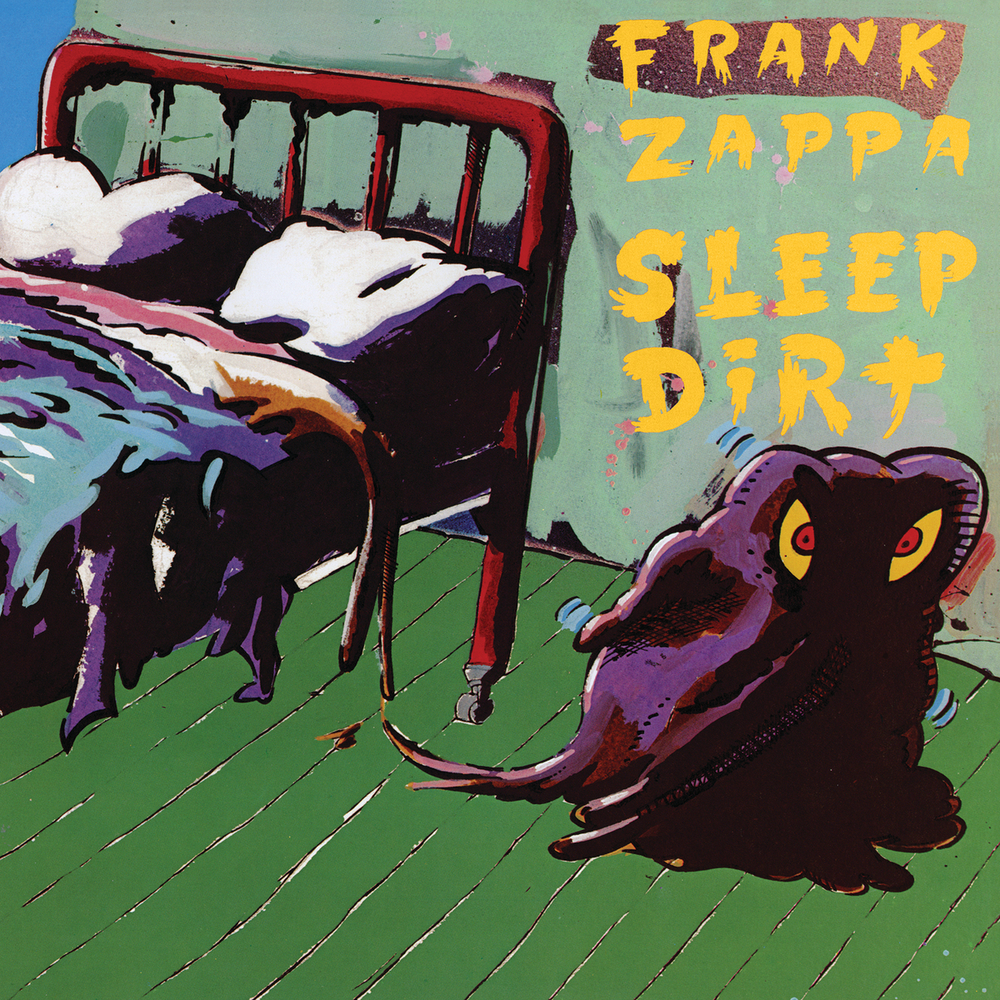 Available in 192 kHz / 24-bit, 96 kHz / 24-bit AIFF, FLAC high resolution audio formats
Frank Zappa was certainly known for his eclecticism, and Sleep Dirt represents one of the least classifiable albums in his catalogue. It features some of his most extreme guitar statements, but it’s not rock; there’s acoustic bass, but it’s not jazz; there’s a lot of written material but it’s not classical. Showcasing quirky show tunes, gnarly riffs, intricate jazz-fusion, and acoustic balladry, the record offers something for every hue of Zappa fan and features strikingly creative contributions from many of his most valued collaborators: Terry Bozzio, George Duke, Chester Thompson, Patrick O’Hearn, Ruth Underwood, and Bruce Fowler. Perhaps the chief reason for Sleep Dirt’s relative obscurity is the disparate nature of its sources. Its roots lie in an outrageous science-fiction musical written in the summer of 1972. Hunchentoot’s 81-page script called for ten actors, a ten-person chorus, and a 22-piece orchestra, and though the musical was never performed (despite Zappa apparently trying to secure Barbra Streisand for the lead role), many of its 14 songs have been sprinkled throughout his catalogue: “Think It Over” became the title track of 1972’s The Grand Wazoo, a reversion of “The Planet Of My Dreams” turned up on 1984’s Them Or Us, while the basic tracks for “Time Is Money,” “Spider Of Destiny,” and “Flambay” were recorded in December 1974 at the Caribou Ranch in Nederland, Colorado, and included on Sleep Dirt. The other key source was the 1976 studio album Zoot Allures, recorded at the Record Plant, Los Angeles, and which was originally intended to be a double-album that would include Sleep Dirt’s title track (a holdover from the 1974 session), plus “Filthy Habits” and “The Ocean Is The Ultimate Solution.” Zappa compiled Sleep Dirt from the 1974 and 1976 sessions and delivered it to Warner Bros with three other titles – Zappa In New York, Studio Tan, and Orchestral Favorites – in early 1977. But when these went unreleased, Zappa reconfigured the material into a four-album set entitled Läther. Then Warners blocked that release, too, and issued the four albums separately (The Zappa Trust eventually issued Läther in 1996). In a complicated postscript to the Sleep Dirt saga, for the 90s CD reissue, Zappa brought in vocalist Thana Harris for overdubs on “Time Is Money,” “Spider Of Destiny” and “Flambay” (Chad Wackerman also added drums). But the versions currently available feature the original performances.
192 kHz / 24-bit, 96 kHz / 24-bit PCM – Frank Zappa Catalog Studio Masters