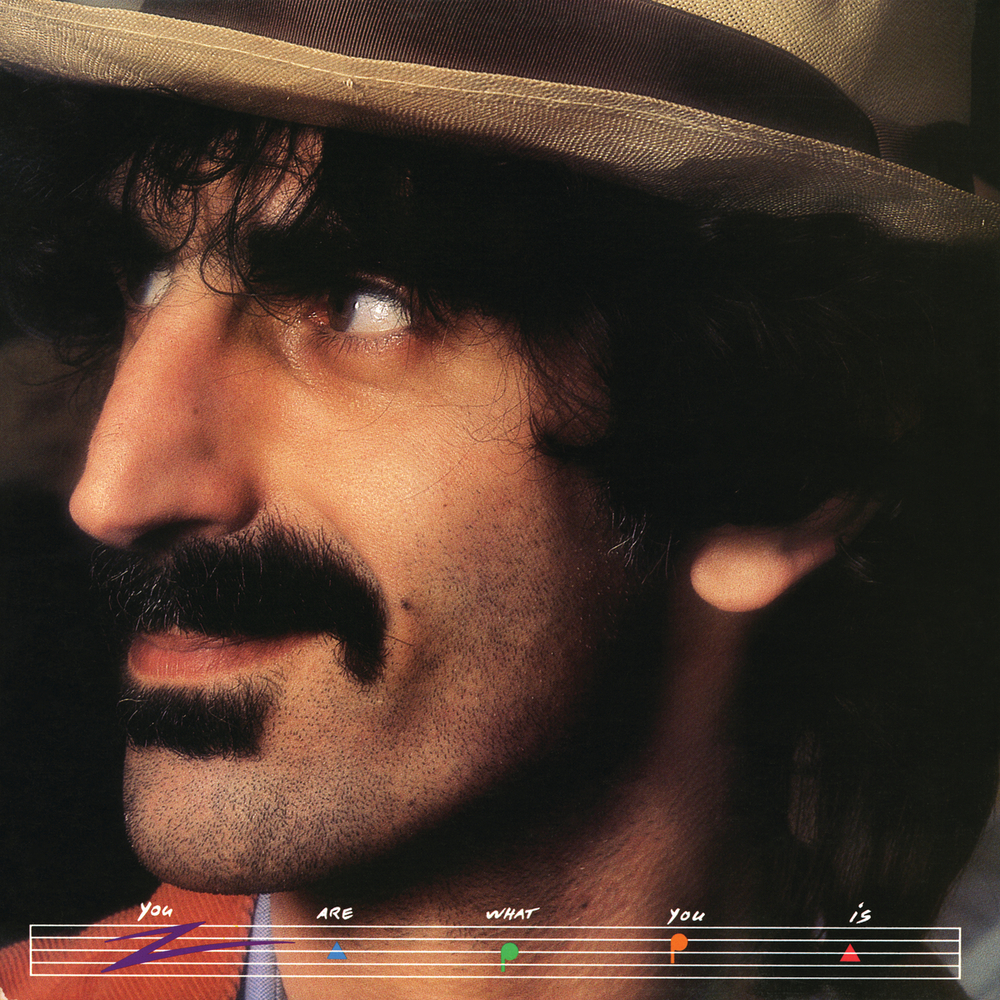 You Are What You Is

Available in 192 kHz / 24-bit, 96 kHz / 24-bit AIFF, FLAC high resolution audio formats
You Are What You Is is a double album by American musician Frank Zappa. After the release of Joe's Garage, Frank Zappa set up his home studio, the Utility Muffin Research Kitchen, and planned to release a triple LP live album called Warts and All. As Warts and All reached completion, Zappa found the project to be "unwieldy" due to its length, and scrapped it, later conceiving Crush All Boxes. Crush All Boxes would have been a single LP containing the studio recordings "Doreen", "Fine Girl", "Easy Meat" (a live recording with studio overdubs) and "Goblin Girl" on the first side, with the second side being occupied by a suite consisting of the songs "Society Pages", "I'm A Beautiful Guy", "Beauty Knows No Pain", "Charlie's Enormous Mouth", "Any Downers?" and "Conehead". During the production of Crush All Boxes, Zappa decided to scrap the album and conceive a set of releases drawing from both Warts and All and Crush All Boxes, which would emphasize different aspects of his multiple talents, formatting the two albums into You Are What You Is, Tinsel Town Rebellion and two series of live albums, Shut Up 'n Play Yer Guitar and You Can't Do That On Stage Anymore. Zappa had performed most of the material from You Are What You Is on a tour running from March to July 1980 with a band including Ike Willis and Ray White on guitar and vocals, Tommy Mars on keyboards, Arthur Barrow on bass and keyboards and David Logeman on drums. This band recorded the basic tracks of the album in the summer of 1980 after finishing the tour, with guitarist Steve Vai and vocalist Bob Harris adding overdubs and joining the group for Zappa's fall 1980 tour. The album also included guest appearances from former band members, including Jimmy Carl Black and Motorhead Sherwood from the 60's Mothers of Invention, as well as the first appearances on record of Zappa's children Moon Unit and Ahmet.
192 kHz / 24-bit, 96 kHz / 24-bit PCM – Frank Zappa Catalog Studio Masters