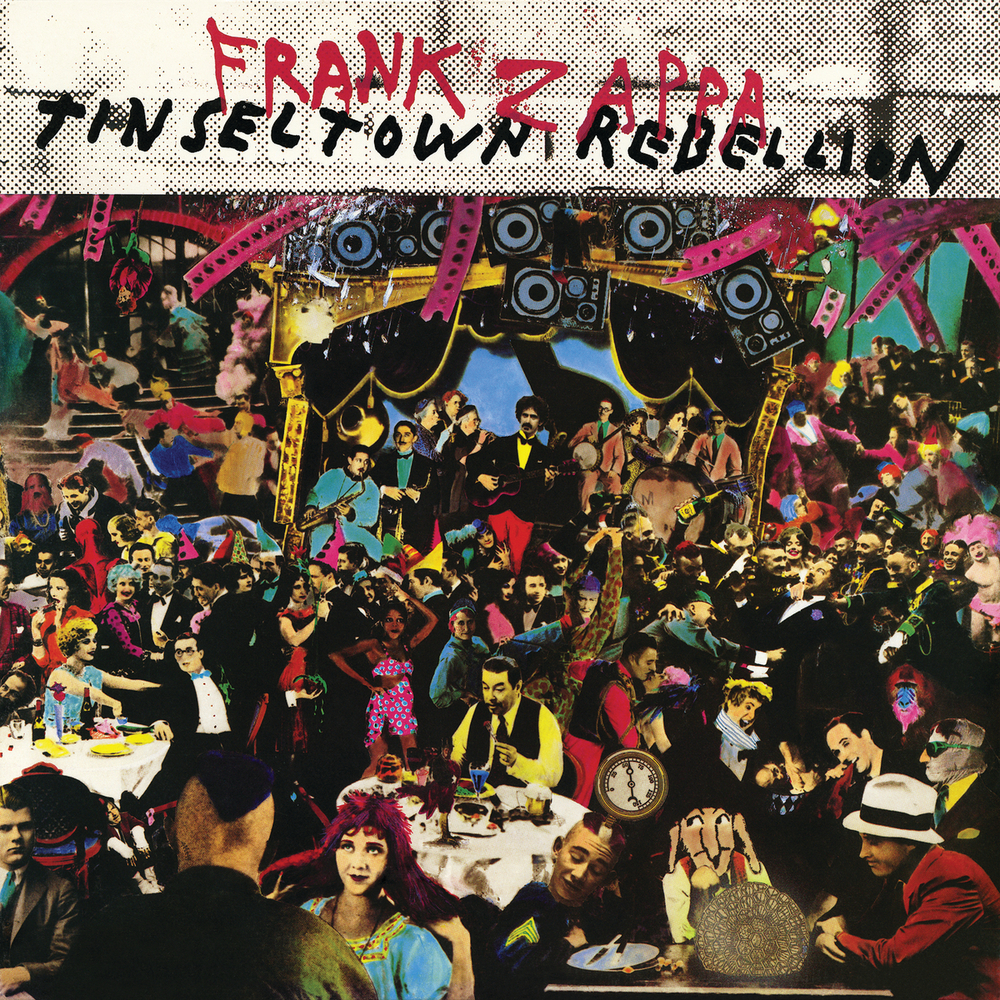 Available in 192 kHz / 24-bit, 96 kHz / 24-bit AIFF, FLAC high resolution audio formats
Tinsel Town Rebellion is a double live album released by Frank Zappa in May 1981. The album was conceived by Zappa after he scrapped the planned albums Warts and All and Crush All Boxes, and contains tracks that were intended for those albums. The lyrical themes varyingly focus on human sexuality, popular culture and other topics. The title track is a satire of the punk rock scene, describing a band that adopts the punk style to get a record deal. The album also contains reworked recordings of older Zappa songs, including "Love of My Life," "I Ain't Got No Heart," "Tell Me You Love Me," "Brown Shoes Don't Make It" and the third release of "Peaches en Regalia" (appropriately titled "Peaches III"). The majority of Tinsel Town Rebellion consists of overdub-free live recordings from the 1979 and late-1980 concert tours. This album marks the first appearance by guitarist Steve Vai. The album also introduces drummer David Logeman, who played drums from March through July on the 1980 tour, on the tracks "Fine Girl" and "Easy Meat". He would also be the sole drummer on the album You Are What You Is.
192 kHz / 24-bit, 96 kHz / 24-bit PCM – Frank Zappa Catalog Studio Masters