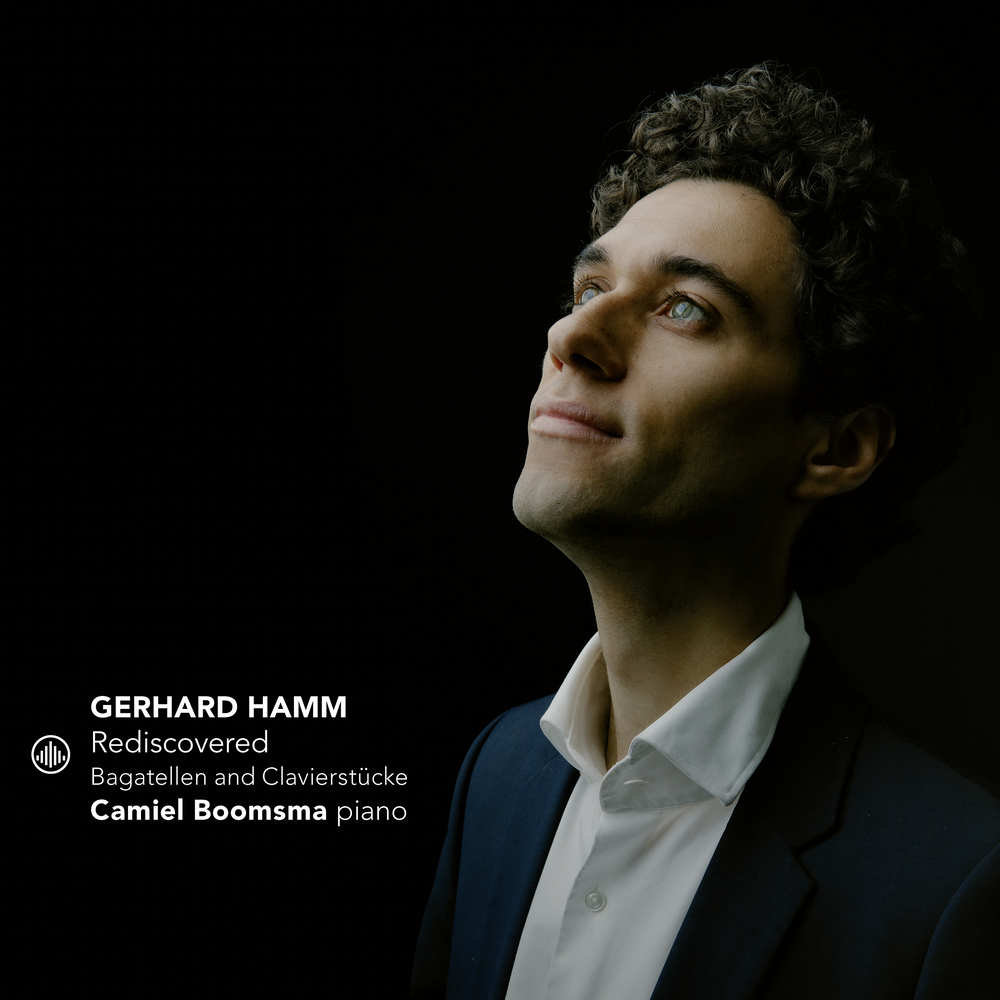 Available in 96 kHz / 24-bit AIFF, FLAC high resolution audio formats
“Camiel Boomsma is a poet of the keyboard.” – Jean-Charles Hoffelé Discovering the music by Dutch composer Gerhard (and his son Karel) Hamm was really a game of fate. After a recital, Carl Hamm, who is a direct descendant, gave Camiel Boomsma a stack of scores. While playing through the pieces at home, Boomsma was struck by their delicacy and narrative power. This chance meeting has lead to the release of Rediscovered - Bagatellen and Klavierstücke, a piano recital dedicated to the works of that enigmatic composer. Camiel Boomsma’s musicianship is described by press and public as highly sensitive and profound. In his playing the emphasis lies on telling the musical story. Boomsma has performed at many major national and international venues including the Concertgebouw in Amsterdam, Teatro la Fenice in Venice, De Doelen concert hall in Rotterdam, De Philharmonie in Haarlem, Shanghai City Theater, Nanjing Arts Center and Chengdu Concert Hall to name a few. Camiel Boomsma distinguishes himself as a pianist with a sound of his own. "Gerhard Hamm belongs in a way to the musical family of Robert Schumann. He writes little poetic reflections on grand Romantic gestures. In these small musical poems a whole world lies hidden. Sometimes powerful and proud, sometimes vulnerable and reflective. Romantic expression beautiful in itself." - Camiel Boomsma
96 kHz / 24-bit PCM – Challenge Classics Studio Masters