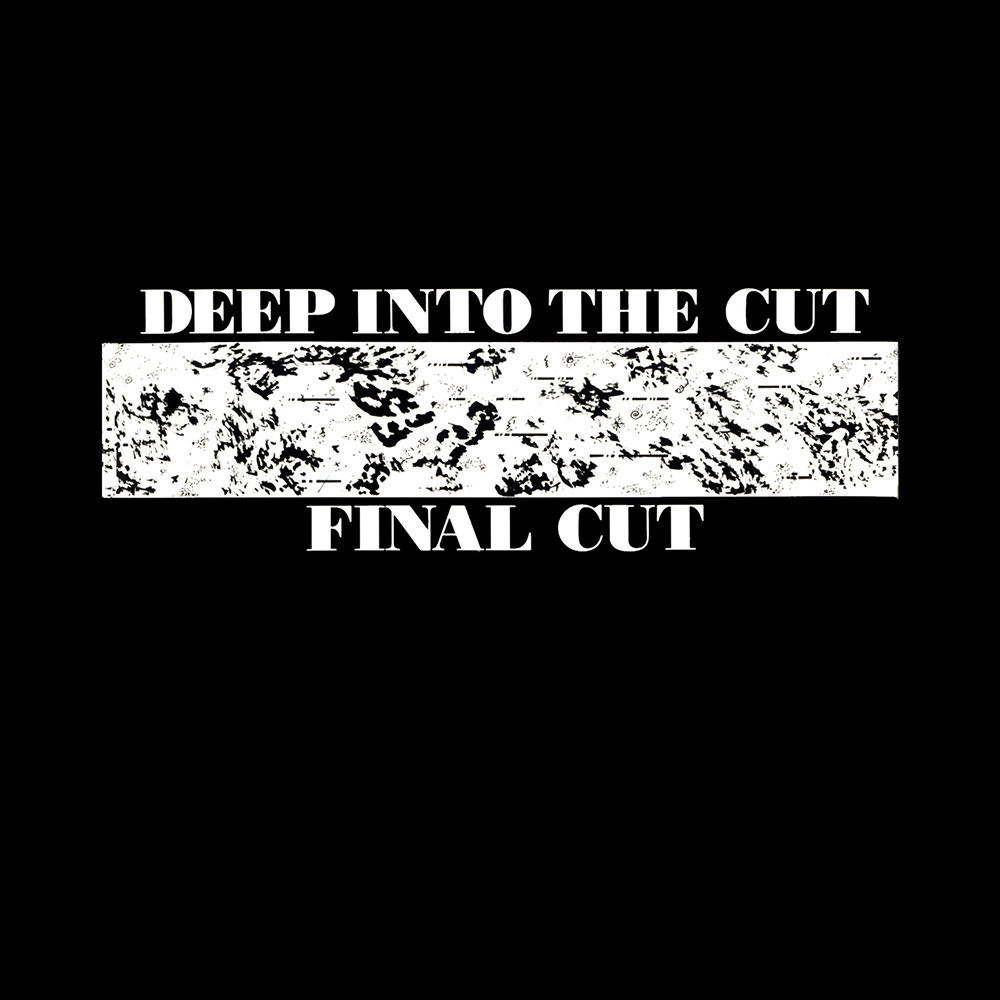 Deep Into The Cut

Available in 44.1 kHz / 24-bit AIFF, FLAC audio formats
"... carves a subterranean trail of industrial techno with the vigour we'd expect from this creative marriage ... (the album's opener) displays a rare melodic structure dotted with machine gun hi-toms and apocalyptic chord progressions, all stunningly crowned by ghostly whispering vocals. Burn Baby Burn typifies the record's sinister complexion in texture as well as its savage vocals and demonic laughter ... it isn't all doom and gloom, though. Tracks like Now That's Funky offer a more playful bounce ... if that doesn't conjure a sense of audible techno realism, the album's splendid mixing will." - Exclaim! Remastered in Berlin for this reissue, Deep Into The Cut is the 1989 debut album from Detroit industrial techno band Final Cut, produced by Jeff Mills and Anthony Srock. Recorded prior to Mills' departure from the project, Deep Into The Cut marks a significant moment in the convergence of the classic industrial aesthetic and the emerging sound of Detroit techno. The release serves as a window into this unique moment evoking both the transgressive spirit of European industrial music and the raw militant power of early Underground Resistance. The 11 tracks contain a message of sonic urgency and still stand as a landmark statement of the industrial techno sound.
44.1 kHz / 24-bit PCM – Full Effect Records Studio Masters