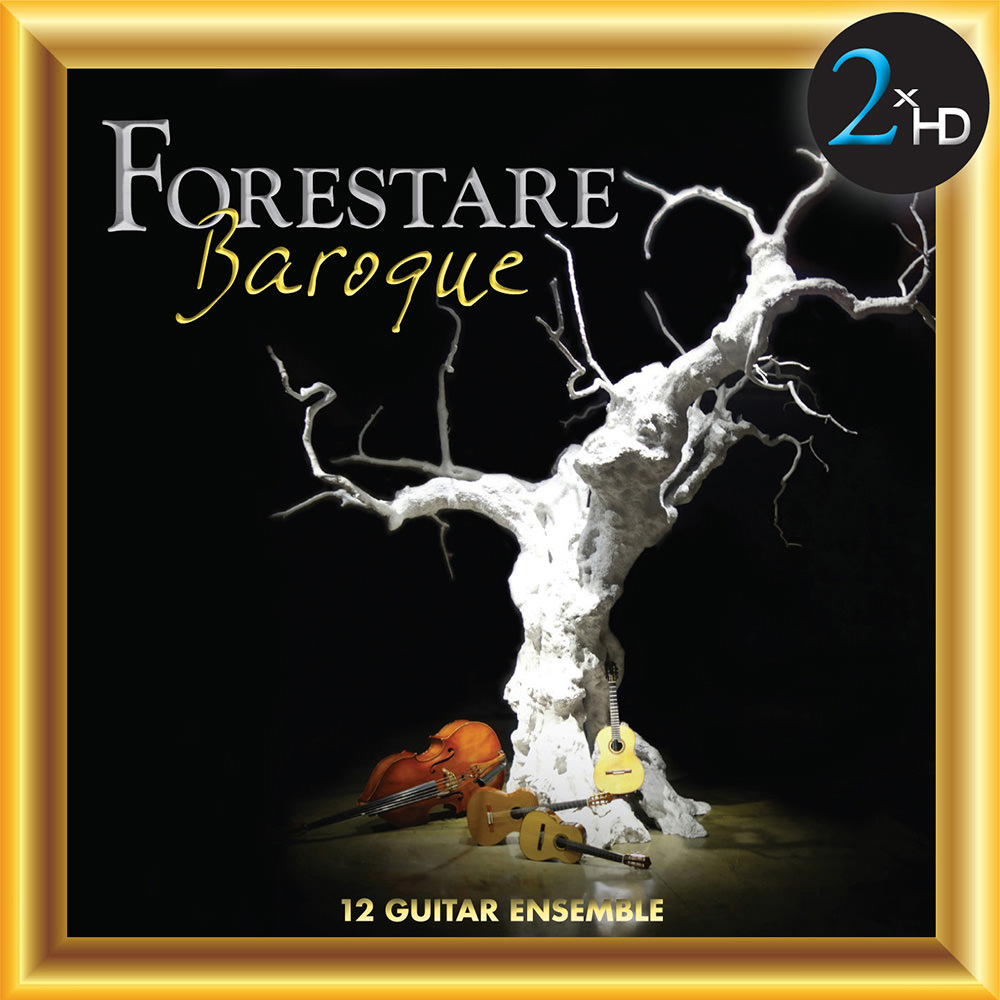 "... an innovation that’s truly out of the ordinary, appealing to all Baroque and guitar enthusiasts ..."
- Le Journal de Montréal

Like tasting a unique wine made from unknown grapes, Forestare Baroque offers a fresh, 21st century glance at the Baroque era through this unusual ensemble consisting of 12 guitars, two double basses, a conductor and the occasional percussion. The young, talented musicians with backgrounds in classical, jazz, pop and folk were inspired to explore this vast body of immortal music with its abundance of masterpieces and to introduce this important period to a new audience. Traditionally, Baroque repertoire is performed by small string chamber groups augmented occasionally with wind instruments. Using Forestare’s more modern guitar arrangement gives this music a new perspective and turns it into quite an adventure. The energy emanating from the players make this a captivating introduction to the classical genre in a contemporary way, without betraying the authenticity of these timeless compositions. All arrangements and adaptations found on the album were created by Dave Pilon, conductor of the ensemble and David Ratelle, a member of the group.
192 kHz / 24-bit, 96 kHz / 24-bit PCM and 5.6448 MHz, 2.8224 MHz DSD – 2xHD Studio Masters

The recording took place at the Église St-Augustin in Mirabel, a church known for its fine acoustics. Three Schoeps M-22 omnidirectional microphones were used (The Decca tree), wired to a tube preamplifier which was connected directly to an MSB Platinum A/D converter with a 192kHz/24 bit resolution. The recorder was a Nagra Seven, powered by Nagra MPS batteries. All inter-connect were Siltech silver cables. Each format (96kHz, 192kHz, DSD2.8mHz and DSD5.6mHz) was created using Merging Horus/Hapi calibrated to the required format, and a dCS Vivaldi clock .